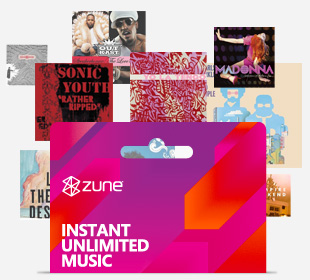 Apple and its iTunes store is by far and away unrivaled when it comes to providing an integrated and cohesive content/media distribution system, much to the dismay of Microsoft and their Zune Marketplace. Microsoft is apparently concerned enough about how potential Windows Phone 7 customers will see Zune Marketplace in comparison to iTunes that we’re hearing that the Zune Pass streaming music service will get a price cut in the near future.

Just how significantly does Apple have the online music space locked down? Well, the company is under fire by federal regulators for having a potential monopoly with its iTunes music store. That’s saying a lot.

Microsoft’s consideration of a price cut also says a lot about how the company views the importance of its Zune Marketplace for the upcoming Windows Phone 7 launch. Senior product manager Terry Farrell said in an interview with Business Week that his company may reduce the monthly fee that it charges customers to stream unlimited music over the air.

When Windows Phone 7 debuts later this year, it will use the Zune music player software to handle all the music playback on future Windows Phone 7 smartphones. The music player will also support Zune Pass to stream music to customers. That’s where Microsoft is apparently looking to score with their revamped mobile operating system. The only problem will be to figure out what price they can charge to remain profitable while providing a worthwhile service to its customers.

Apple, on the other hand, is rumored to be working on a cloud-based streaming music service for its iPhone and iPad. Apple acquired streaming music start-up Lala and recently shuttered the service. The overwhelming buzz around the blogosphere points to Apple launching a some sort of media-streaming service as part of the iTunes music store offerings in the near future – possibly at WWDC next month. There are also already a number of services that will push music to your iPhone over the air for a monthly fee.

And, with Android already showing signs of native streaming music capabilities and We’ll have to wait and see if Microsoft will cut the price on Zune Pass. But, if it were up to us, and we had Windows Phone 7’s successful launch in our best interest, we’d be slashing the price of Zune Pass to $5 to help boost WP7 sales.

Yep, the Verizon iPhone rumours are starting up again. Analyst Ashok Kumar from Rodman Renshaw is claiming after his check...