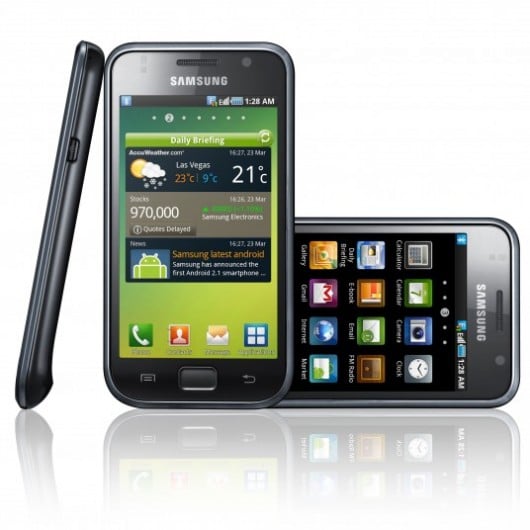 The Super AMOLED power-house Android phone, known as the Samsung Galaxy S is said to be launching in 110 different countries at the same time. That’s quite the wide release, but if anyone has the logistical know-how to pull off a massive global launch of this scale, Samsung can surely do it.

We’d heard rumors that the Galaxy S would be coming to every major wireless carrier here in the US, but never did we think we’d see the device launch in so many more countries so soon. Although Samsung’s UI may be questionable on the Galaxy S (it’s a little too iPhone-esque for my taste), the stand-out feature of the device is it’s display. The Galaxy S sports a 4 inch Super AMOLED screen, which isn’t available on too many devices as of right now, but there are some major benefits to it. The Samsung Super AMOLED display is 20% brighter than an regular AMOLED display, 80% less reflective in direct sunlight, and uses 20% less power. That means you’ll get get a brighter display that doesn’t wash out in direct sunlight, as is the case with most AMOLED displays today. If that isn’t enough to get you interested, then maybe the class-leading GPU will change your mind.

The Galaxy S sports one of the best graphics processors around, dubbed Hummingbird. When compared to the competition today, the Galaxy S absolutely floors them all. The Galaxy S can push out 90 million triangles per second with the it’s dedicated GPU. For some comparison, the iPhone 3GS can hit about 28 million, and a PS3 pushes out about 250 million. A wide range for sure, but it’s good to help you get your head wrapped around how great this device performs in the 3D graphics department.

With the Galaxy S expected to be officially announced any day now at this point, we may not have much longer until it’s saturating a ton of markets. Only time will tell, but there’s a good chance you may be able to get one of these bad boys sometime this month.

Huawei has announced two low-end Android handsets, due for O2 and Movistar. The first is the G7002, and is pretty...