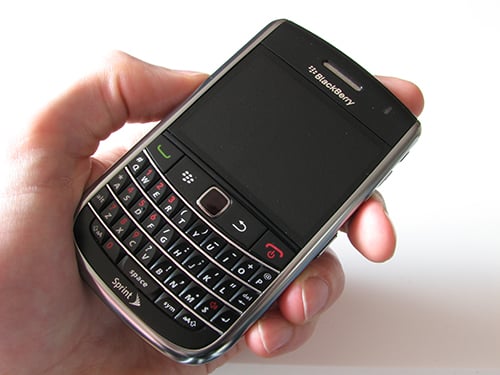 Shortly following the launch of the BlackBerry Tour, after the complaints of a buggy trackball and lack of Wi-Fi had gushed over the blogs and forums, Sprint confirmed that there would be an updated version of the Tour that would have Wi-Fi. As it turned out, the optical trackpad that was introduced around the same time in the BlackBerry Curve 8530 would also be included in the refresh. The trackball was notoriously unreliable on the Tour, and no doubt those who had wrestled with it were eager to find an alternative.

A little under a year later, Sprint’s promise came to fruition. RIM announced the Pearl 9100 and Bold 9650 at the Wireless Enterprise Symposium this April, finally offering a CDMA BlackBerry that could properly compete with the latest Bold available on GSM carriers, currently the 9700. The most notable addition that gave the 9650 an edge over the 9700 was doubled application memory (256 MB to 512 MB). Was there a lot riding on such a cold, hard statistic, were there any more substantial difference between the two, or are they really more or less the same, just built for different wireless standards? The BlackBerry Bold 9650 is out on Sprint and Verizon, so discriminating buyers may want some answers.

Hit the jump to find them. 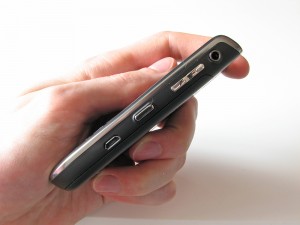 The casing is identical to the Tour 9630, aside from the replacement of the trackball with a trackpad, so not much new there. Size-wise, that’s just a big bigger than the 9700. There’s the same Bold-style keyboard with fretted spaces between each row, single sound port on the left side, and a unified mute/lock key on the top. Let’s take a looksee at the specs.

Maybe it’s just my imagination, but I found the trackpad on the Bold 9650 exceptionally responsive and smooth, even versus other trackpad-toting BlackBerrys. It worked just fine in direct sunlight, which is usually a big problem for those kind of sensors. I still find the top-mounted lock/mute keys a little too easy to accidentally press, but at this point, RIM seems dedicated to consistently keeping them there.

Overall, the build quality is stable. The battery door is in the same style as the old Tour (including the latch mechanism), but they swapped out the glossy texture for a matte plastic matching the main body, and a new ridged texture for the center. Scratch at it, and in no time you can be the office’s resident irritating DJ. 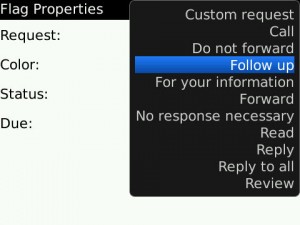 The BlackBerry Bold 9650 runs OS 5.0, which includes a variety of new features, like e-mail flags, distribution list sync, and a mix of aesthetic and practical updates. By default, the UI is a pretty standard grid, which you navigate with the trackpad, and access functions through the menu key (to the left) and the back key (to the right). There are plenty of themes out there to change the layout, colour scheme, fonts, and generally offer a more colourful ride.

BlackBerry remains an efficient, if sometimes stark experience. Third-party application selection in the App World feels a little limited compared to Android sometimes, and iPhone often, but Google has managed to get most of their major products on BlackBerry, which usually rank high on usefulness and polish. GPS is always helpful, and RIM has their own BlackBerry Maps app which is easy on the bandwidth, but light on the features – get Google Maps for Mobile instead. Official RIM apps for social networking and instant messaging tend to be well done, and integrate with the native messages and address book apps. 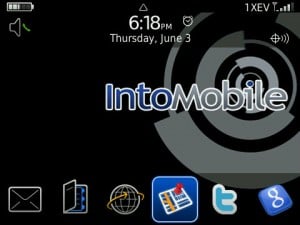 Now, the big selling point with the Bold 9650 is the 512 MB of app memory. It’s the first BlackBerry to dial up memory that high, and it is an absolute godsend. My daily driver is the Bold 9000, which is stuck with 128 MB of app memory – an amount you have to judiciously monitor or suffer regular waits while the OS scrambles to make room after downloading everyday files like web pages, e-mails, and the like. In that way, app memory is about more than simply how much software you can cram onto your smartphone, but also how much wriggle room it has to function. I’m happy to say that with the Bold 9650, I was able to load up all of the apps I needed, even the ones that I had tearfully cast aside on my 9000 in order to simply function, and still have room leftover for the BlackBerry to do its thing. I haven’t spent much more than a week with devices that had 256 MB, but they mostly made memory a non-issue; at the 512 MB mark, the situation is altogether luxurious. Most future BlackBerrys, including the next GSM Bold and the upcoming 9800 slider will be meeting this standard, though lower-end BlackBerrys, like the Curve 9300 “Kepler” will sit at 256 MB for the time being.