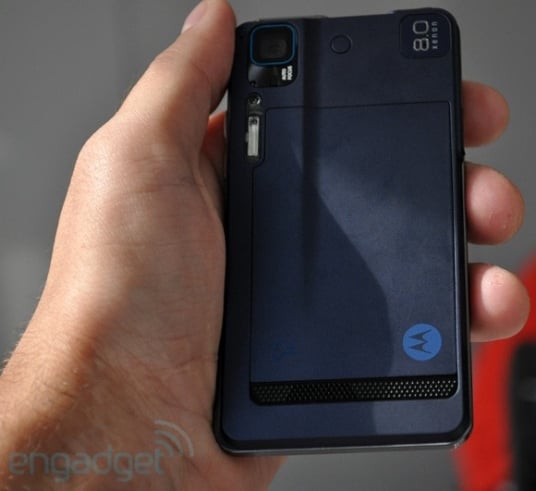 Motorla either has balls the size of the small tanks that soccer moms drive to their local Starbucks, or a skull with enough empty space to park said sport utility vehicle. We’re thinking the latter. Today is Apple day, the new iPhone is due to be announced in less than 6 hours, but I digress.

No price point, but it’s due to launch later this month in Europe. No word on availability in the USA, nor information about a potential upgrade to Android 2.2 (FroYo).

[Update]
According to this photo on Engadget, the XT720 has 1700 MHz 3G support. You know what that means right? T-Mobile USA!

20 second TV commercial after the jump, and more hands on photos, plus a video hands on, at SlashGear.

Dell Streak gets its root on!

These days, we can't seem to go a a week without hearing about Android smartphones like the Sprint HTC EVO...