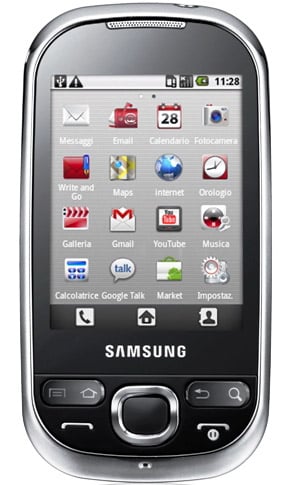 The Samsung Galaxy i5500 has been officially announced in Italy! It is sold as the i5500 Corby, which in some way is a milestone for the Corby family of devices.

Italy’s TIM and Wind will start selling the device in mid-June when interested folks will be able to grab the Samsung i5500 Corby for 199 EUR, which is about $238.

Now I’ve no doubts Samsung will move quite a few units of this baby and that soon enough we’ll see the smart Corby being announced in other countries. If we’re lucky enough, the phone’s name will remain the same, though you never know…

Even though the HTC Wildfire hasn't been officially released (it's only announced), that hasn't stopped an unnamed person from selling...