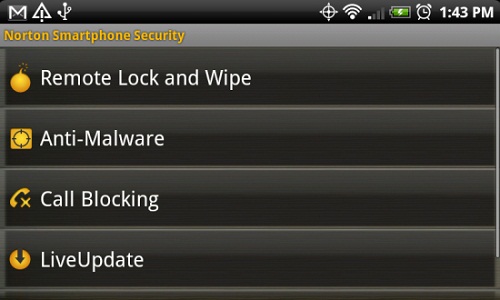 As promised, Symantec has released its Norton anti-virus software for Android handsets.

The Norton Security app is in beta form and it does have a few cool features. You’ll be able to remotely lock and wipe capabilities if your device if lost or stolen. This will be a native Android feature with 2.2, or Froyo, but it’s a nice feature to have until that latest firmware gets rolled out.

There’s also a scanner for malware and you can set up call-screening functions to block unwanted callers. The app is free to download and you get 90 days of free service (updated virus scans, etc.), but the company hasn’t said how much it will cost once that time is up.

Both of the apps are part of the company’s attempt to get its security software on a variety of devices, including cell phones and smartphones. As more and more devices become connected – digital photo frames, power meters, etc. – there is a growing chance that bad guys could infect these and Symantec sees a large market in protection.

The app works pretty well from what I’ve gathered so far, but I’m still not sure how necessary this is at the moment. Android has been built in a somewhat sandbox environment, which should ensure that malware can’t infect the whole OS. Of course, if you’re going outside of the Android Market for apps, that could be a different story entirely. As it is on the desktop, nothing will protect you more than being aware of what you’re doing on your smartphone and making safe choices.

I’m also hoping the app has a light footprint, as I don’t need this to take up too many CPU cycles or consumer power consumption, particularly on my EVO 4G. 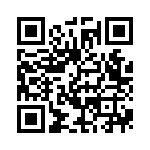 With the Sprint HTC EVO 4G toting around an auto-focusing 8-megapixel camera wherever it goes, the hottest Android phone of...