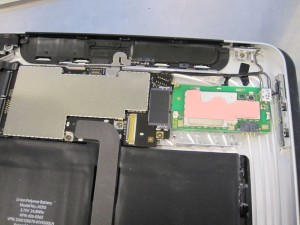 Sometimes hackers confuse us, and sometimes they make a little sense, and sometimes we’re a little caught in between as we are with this iPad 3G hack with Verizon MiFi. Now, this isn’t what you think it is. Unlike what Sprint has been pushing with its Overdrive Hotspot paired with an iPad, one particular hacker completely integrated the innards of a Verizon MiFi into the iPad itself, effectively turning the Apple machine into a mobile hotspot with Internet access.

With a little bit of intuition and creativity, and a lot of trial and error, one user managed to use some of the iPad’s existing parts, such as its antenna and leads, to make a Verizon MiFi work its wonders on Apple’s now-more-magical tablet. And since this particular user was seeing horrendous AT&T data speeds before the MiFi integration, we’d say it was all for the best.

We’re not recommending you try this at home, though. As the hacker said, this completely voids the warranty on the iPad, but you already knew that. And if your only issue is the horrid data speeds or the unreliable AT&T network, you could always just use the iPad’s Wi-Fi to connect to the MiFi. You know, like the how these things were intended to work independently. Just a thought.

No White iPhone 4 from AT&T at launch?

If you've been getting yourself psyched to pick up a new iPhone 4 in White on Apple's iPhone launch day,...