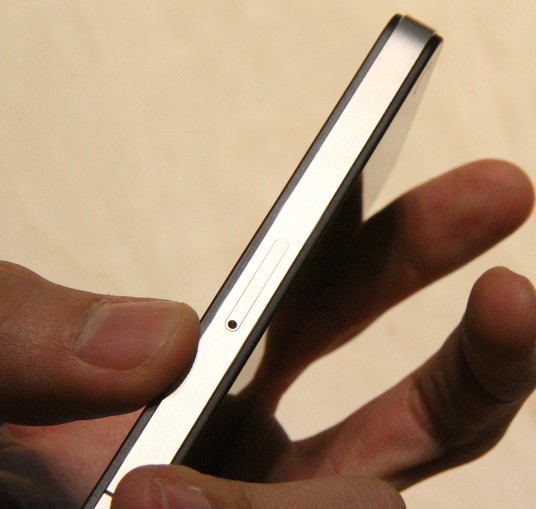 Well, it’s not much of a surprise considering how much chaos hit Apple and AT&T’s websites this morning, but the second-largest U.S. carrier said it has sold out of its allotment of first-day preorders for the iPhone 4.

In an e-mailed statement to the press, the nation’s second-largest carrier said the demand for the next Apple smartphone was incredible. You can still preorder your iPhone 4 through the websites, though, but those won’t be shipped until a later date. The die-hard Apple fans will also still be able to line up for one on June 24, launch day.

Because of the incredible interest in iPhone 4, today was the busiest online sales day in AT&T history. As of Tuesday afternoon, customers who preorder iPhone 4 moving forward will receive their device on June 25 or later, depending on when the order is placed. We’ll e-mail customers with confirmation once their order is placed, and again when it ships. In addition, we will have devices available on a first-come, first-serve basis in our stores beginning on June 24.

So, I guess it’s safe to say that the leaked prototype didn’t do anything to kill preorder demand. The amount of interest is also pretty crazy because you know a lot of those buying the iPhone 4 just shelled out at least $500 for an iPad. Apple looks like it will have another banner quarter.

The last two versions of Apple’s smartphone have sold more than a million units in the launch weekend and I wouldn’t be too surprised if the iPhone 4 doubled that, depending on how many markets it launches in. You can rest easy if you’re not on AT&T or aren’t willing to switch, as each of the other three major carriers have a smartphone that can go toe-to-toe with Apple’s next phone.

Verizon Wireless users can rock the Droid Incredible (and soon, the Droid X), while Sprint users can gloat about their WiMax capabilities with the EVO 4G. T-Mobile customers should soon be getting the stellar Samsung Galaxy S, so it looks like a great time to be looking for a smartphone.

Apple iPhone 4 can be ordered unlocked in Canada, Europe

If you were able to overcome the madness this morning and preorder an iPhone 4, your only option was to...