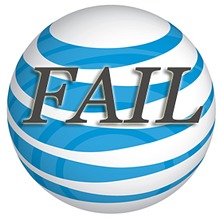 Chalk up another major security issue for AT&T and its Apple-related endeavors as iPhone 4 pre-orders have been exposing wrong user data. As if the pre-order process hasn’t been plagued with enough issues, it looks like there is a bug in the system that is causing private information to show up where it shouldn’t be. First the iPad 3G problems, now this. So what exactly is going on this time?

Some users have reported that logging into into the AT&T system with their username and password in order to validate pre-order is somehow causing them to view the accounts of others. What sorts of goods can you gather from this major security flaw? Well, just about everything you see when you open up your own account: addresses, bills, phone numbers of friends and family, usage, your account number and everything else you can think of. What a disaster!

The pre-order process can be stressful enough as both Apple and AT&T didn’t anticipate, or at least didn’t prepare for, the tremendous strain on their respective systems. Some users have been trying for hours to pre-order the iPhone and still haven’t had any luck. Now, imagine that some other soon-to-be iPhone owner logs into his or her account only to find your information splayed all over the screen – open and unsecure.

What’s even more annoying is that this isn’t the first time such a glitch has plagued the carrier. Back in January, some customers were finding themselves in the same exact situation. You’d think AT&T would have done something to completely patch this up by now so that it wouldn’t happen ever again. It’s depressing, but it just doesn’t seem to be the case and with one security issue after another, I’m beginning to wonder just how seriously this is being taken.

So, tell us, have you logged into your own account only to find yourself in someone else’s?

Think people are excited about the iPhone 4? The next smartphone from Apple went live for preorders this morning and...