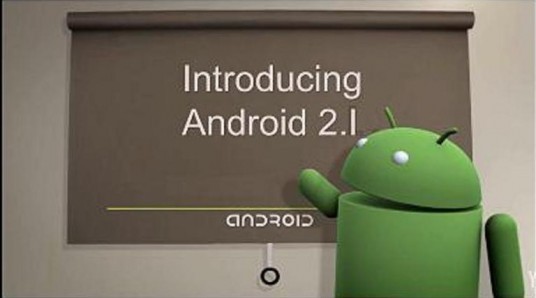 While Motorola Droid owners have been enjoying Android 2.1 for a while now, Cliq and Backflip users don’t need to fret because the firmware update is on the way soon.

Motorola is not being super exact about the dates but Cliq users in the United States will get Android 2.1 in the second quarter, as will the Cliq XT. The Dext, the international version of the Cliq, is still under evaluation for the upgrade but the Asia-Pacific version will definitely get it in the third quarter. The Quench, the international version of the XT, is still being evaluated.

Backflip fans can do backflips (oh yeah) because this wacky handset will be getting the 2.1 software in the third quarter in the United States. The international versions currently have no time table, however.

Android 2.1 came out in early January, so why does it take so long for handset makers to push these out? Well, it’s all about the MotoBlur. That software layer that Motorola puts on top of the green robot enables it to differentiate itself from the avalanche of other Android devices and it brings social networking information closer to your fingertips.

That additional layer also adds complexity to the update process because Moto needs to make sure its software is compatible with the latest version from Google. Additionally, the handset maker has to work with the carriers to push out these updates over the air, which can also add to the delay.

It’s not just Motorola, as others who put a custom layer on top of Google’s mobile platform generally aren’t the first to deliver software updates. The HTC EVO 4G is a killer device with Sense UI but it’s not going to get 2.2, or Froyo, immediately due to that UI layer. While we expect the software update to hit by the end of the year, it’s always tough for die-hard fans to wait.

Love your Sprint HTC EVO 4G, but hate that it's limited to the Flash lite player? Well, that ends today,...