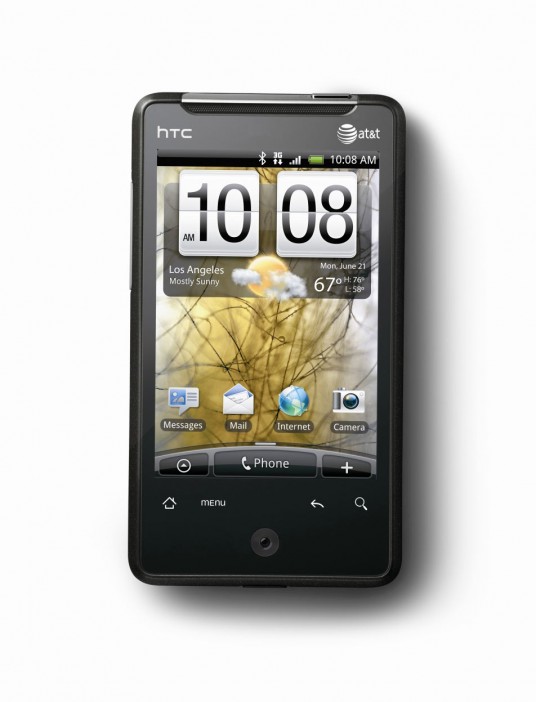 If you’ve been waiting on pins and needles for AT&T to actually launch an Android phone that doesn’t make you feel like a sucker, you’ll be happy to hear that AT&T and Best Buy stores are reportedly pushing out AT&T HTC Aria smartphones a few days early. Slated to be launched officially this coming Sunday, we’re hearing that the Sense-ified HTC Aria and its Android 2.1 OS are already in stock and ready for purchase at some AT&T and Best Buy Mobile locations for $129.99 when purchased with new contract.

For those of you not yet familiar with the HTC Aria, it’s the smallest Android phone to date, and it’s powered by the Android 2.1 OS. It packs a 5-megapixel camera, WiFi, 3G, Android 2.1 and a 3.2-inch HVGA display into a delightfully small package that is sure to fit into your pocket with room to spare. Compared to the relatively gargantuan Sprint HTC EVO 4G, the HTC Aria is refreshing change of pace in a smartphone war that has escalated into a battle for the biggest, baddest display.

We’re also happy to hear that the iPhone carrier is pushing the Aria out a bit early. The Motorola Backflip was a bit of a backflop and has done little more than sully the carrier’s reputation when it comes to offering Android smartphones. Unfortunately, the pint-sized Android phone won’t allow you to install third-party apps that don’t come from the Android Market – it’s not a huge drawback, but will likely keep some heavy modders from picking up an Aria anytime soon.

Still, if you’re in the market for a phone powered by Google’s mobile operating system and need a small form-factor, hit up your local AT&T or Best Buy Mobile store and put an Aria in your pocket. Let us know how you like it!

In December, AT&T released an iPhone app called Mark the Spot, which would submit poor coverage areas to AT&T for...