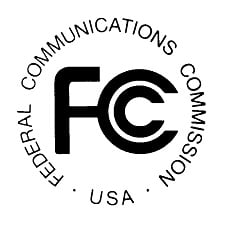 The task force will focus on the mobile satellite service bands and this could open up more spectrum. The governemental agency hopes this will accelerate terrestrial deployment of services in this band and it plans to remove policies that hinder adoption.

“The Spectrum Task Force has already begun executing the Commission’s spectrum agenda, consistent with the spectrum plan outlined in the National Broadband Plan,” said Ruth Milkman, Co-Chair of the Task Force, in an announcement. “Job number one is to make more spectrum available for flexible use, including terrestrial mobile broadband.”

The FCC and Chairman Julius Genachowski have been pretty good to the mobile industry, as Genachowski views mobile broadband as a key part of the nation’s digital future. The FCC has made it easier for companies to put up cell towers by implementing a “shot clock” for how long communities can debate the process. The FCC is also trying to free up to 500 MHz of spectrum and this will be used by companies like AT&T, Verizon and others for mobile services.

The governmental agency isn’t just the industry’s door mat though, as it is moving toward reclassifying broadband as a common carrier. This move would give the agency more authority over broadband services (and potentially mobile broadband) and many telecommunication providers don’t like this plan. These companies say the move will damage the end-user experience of the web and it could lead to lost jobs and a less competitive industry.

“Reclassifying high-speed broadband Internet service as a telecom service is a terrible idea,” Verizon told the FCC. “The negative consequences for online users and the Internet ecosystem would be severe and have ramifications for decades. It is difficult to understand why the FCC continues to consider this option.”

Slowly, but surely, Mac-friendly hardware is becoming more ubiquitous and Clear's new 3G/4G modems and routers are proof of that....