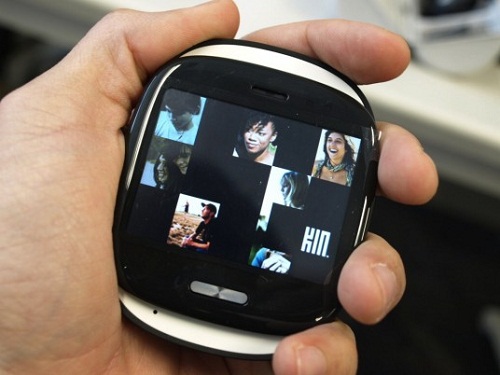 The latest rumblings in the rumor mill have Microsoft selling just 500 KIN phones (KIN 1 and KIN 2) since it’s launch earlier this year. No, we’re not joking, and that’s not a typo – although if this rumor is true, we’re sure Microsoft will be wishing the sales figures were at least lacking an extra “zero.”

First of all, we should mention that this is the shadiest kind of rumor out there. All we have is a passing mention from Business Insider that Microsoft has only sold something like 500 KIN phones to date. The rumor is in no way confirmed, and could very possibly be a typo on the part of BI. That said, it’s hard to believe that any phone, regardless of how unappealing and ill-marketed, could manage to sell less than quadruple digit numbers through the largest wireless subscriber in the US (Verizon Wireless, for those of you playing at home).

Despite some heavy, although misguided, marketing on Microsoft’s part, the KIN lineup has been largely viewed as a flop by pundits and consumers alike. Putting the questionable form-factor of the KIN 2 aside, the higher-than-it-should-be price tag on the hardware and Verizon’s insistence on charging full-fledged smartphone data plan prices for KIN data services are likely to blame for the not-so-smart smartphones’ failures. Consider, for example, that the lowest-end KIN 1 is priced at $50 rather than being free on contract. Then consider that the KIN 2 costs $100 – only $50 than a Motorola Droid – on contract. Then add in the fact that Verizon makes it mandatory that all KIN phones sign up to a $20 monthly data plan, and you’ve got a recipe for failure.

In the end, we’ll have to wait for confirmation in sales figures from Microsoft. But, there’s no question that KIN is fin (as in “the end,” done, kaput).

The question, it seems, that Microsoft should have asked themselves is: what does KIN offer that makes it a compelling purchase over more powerful and feature-packed smartphones like the Droid?

So, we’d like to ask you, dear reader. Have you seen a KIN in the wild? Take our poll below!

Motorola to pump cash into cell phone division after split

Motorola will be shelling out a ton of cash to ensure that its cell phone division can survive on its...