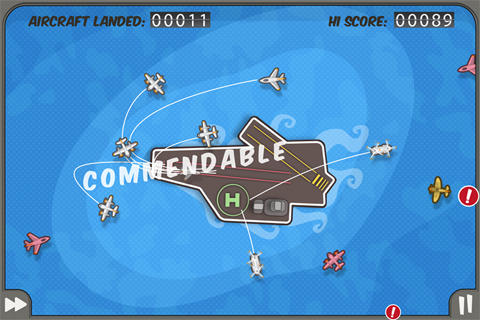 With it being iPhone 4 Eve, many developers have been scrambling to not only update their apps to play nice with iOS4, but also to take full advantage of the soon-to-be-released iPhone 4. Firemint was one of those companies who in fact announced today both of their popular games, Flight Control & Real Racing, have received updates to take full advantage of your shiny new iPhone 4.

Both Flight Control & Real Racing have received updated graphics to take full advantage of the iPhone 4’s Retina display as well as multitasking support. Real Racing also received an update that will take advantage of the iPhone 4’s newly implanted gyroscope in addition to support of its accelerometer. This should make driving in the game that much more responsive and accurate.

If you already own either Flight Control or Real Racing, both updates should pop up automatically in iTunes. For those of you who haven’t picked up either game and are planning on picking up an iPhone 4 tomorrow, you can’t go wrong with either of these games being your first played on the iPhone’s Retina display.

If you thought we were crazy for lining up for the iPhone 4 (live stream's going strong, folks), get a...