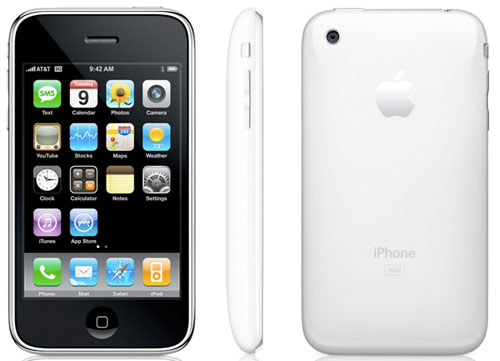 If you were hoping to get a hold of the white version of Apple’s upcoming iPhone 4, you’re going to have to wait for a while because the company doesn’t expect it to hit until the later end of July.

In a statement, the company said:

White models of Apple’s new iPhone 4 have proven more challenging to manufacture than expected, and as a result they will not be available until the second half of July. The availability of the more popular iPhone 4 black models is not affected.

If you’re really looking to get a hold of a white, killer smartphone, you can always buy the white EVO 4G from Best Buy.

Other than aesthetics, the white iPhone 4 will be the same as the black one. You’ll still get that A4 processor – the same that’s in the iPad – which should make switching between apps a breeze.

You’ll also get that gorgeous Retina Display and Apple says this will blow away the competition. The 3.5-inch screen pacs 326 pixels per inch which could approach the visual clarity of paper depending on how close you hold the device to your face.

It will also sport a massive redesign, as it is 9.3mm thick – which Apple claims is the thinnest smartphone in the world. The stainless steel band will also double as the antenna.

The camera has also been boosted to 5 megapixels and it can now record 720p HD videos. You’ll also be able to edit these videos with the new iMovies for iPhone app.

And yes, friends, the IntoMobile folks are big fans of phones. You might even say that we’re “into” them. Because of this, some of the team will be camping out to buy the first one from an Apple store.

We’ll have live, up-to-the minute coverage from both coasts, so keep it tuned here to get your iPhone 4 fix.

Today is iPhone 4 launch eve, and that means we're less than 24 hours away from Apple's launch of the...