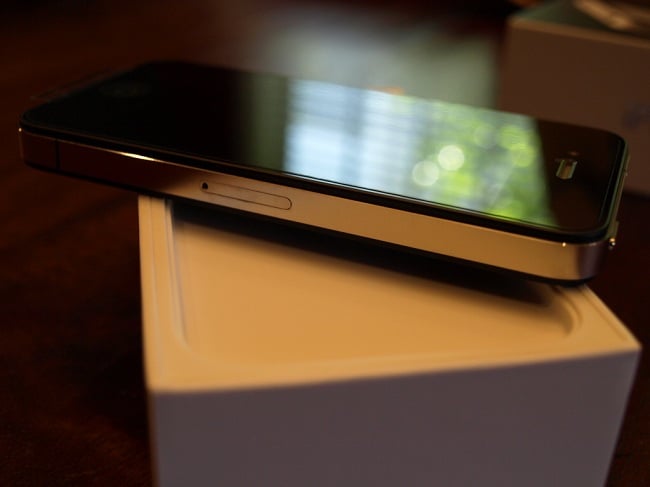 The parts for the Apple iPhone 4 cost about $188, according to an estimate from iSuppli.

The estimate doesn’t include things like labor, marketing, patents and software development but it does give us a useful indicator o the cost of the iPhone 4. The handset retails for $199 and $299 (although Apple gets significantly more than that from AT&T), so it’s safe to assume that Apple is making a healthy profit margin on each device sold.

“Over the years, the iPhone has generally tended to hover in the $170-to -$180 cost range because Apple seems to be trying to hit some kind of budget,” Kevin Keller, who helped conduct the iSuppli teardown, says in an interview with BusinessWeek.

One of the biggest deals of the iPhone 4 is the new screen, known as the Retina Display. This 3.5-inch display packs 326 pixels per inch and this leads to super crisp images and very little “jaggies.”

How much do these things cost? iSuppli doesn’t dive into the specifics but it said the touch part of the display was probably made by Wintek and TPK-Balda.

Another new addition to the iPhone 4 is a gyroscope that enables motion controls. This can lead to a new form of mobile gaming and this seemingly revolutionary chip only cost about $2.60 from STMicroelectronics, iSuppli said.

The company also said the iPhone 3GS cost about $179 to make when it first came out but now the costs have dropped to about $134.