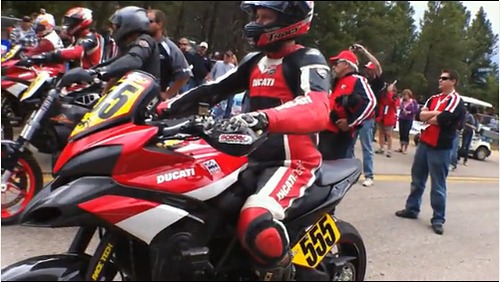 I’m a huge fan of Ducati Motorcycles and I also happen to like the iPhone 4 despite my feelings towards Steve Jobs right now. So when I saw this video, a commercial for the Ducati Multistrada filmed entirely with the iPhone 4, I absolutely had to share it. Apple’s new smartphone shoots in 720p HD, so if no one told me this video was shot with the device, I would have thought it was just another commercial shot with typical video equipment.

The commercial was made by recording The Pikes Peak International Hill Climb, which is a race that is normally very difficult to capture with regular video and film equipment. But Ducati managed to record 156 turns of the race using the iPhone 4. Pretty badass, if you ask me.

Hulu Plus Coming to the iPhone and iPad, Say Goodbye to Productivity

We've been waiting for what seems like ages now, but Hulu Plus is finally coming in July! For just $10...