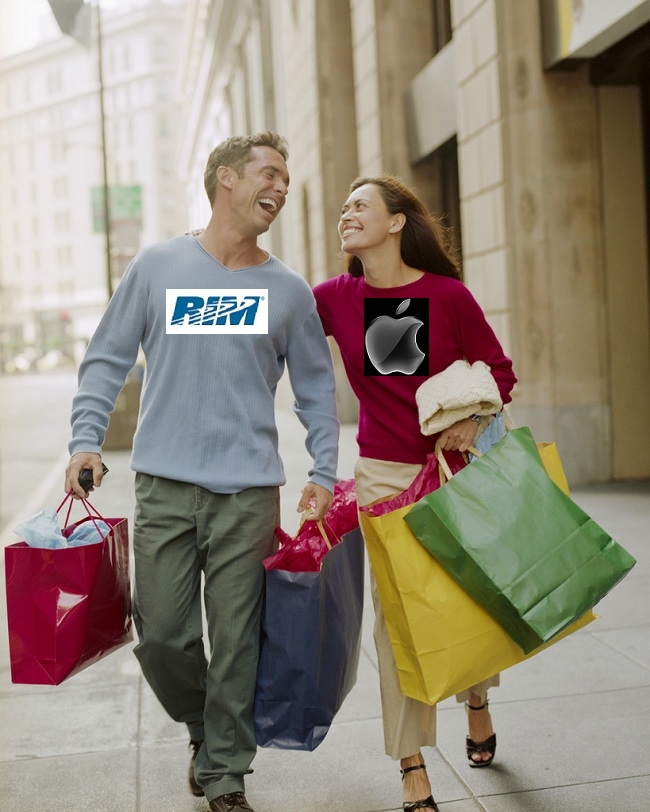 A couple of rumors going around suggest that Apple and Research In Motion will be acquiring companies in the near future.

This comes courtesy of Business Insider off-the-record dinner and, while the publication has been spotty in the past, these deals make a lot of sense.

Fresh off its success with the iPhone 4 and the iPad (still on pace to generate $1 billion in the quarter), Apple could buy companies that will help it get in the living room. The company’s Apple TV is still a flop but the right moves could make it a strong contender.

We’ve already heard rumors that Apple will revamp its TV product and the new form factor should be a smaller, iPod-like device that runs iOS. This would bring the iTunes content to your big screen, as well as open up your TV to application developers.

Apple kind of has to do this, as rival Google will soon jump into this market with the Android-powered Google TV. Even Microsoft has a strong presence in the living room with its XBox 360, so Apple needs to make a big move into this space.

As for the BlackBerry maker, the rumors suggest that it is looking to buy a mobile advertising company. The company already lets developers use multiple ad networks in the BlackBerry App World but it may need an in-house solution to compete.

Apple has just introduced its iAd platform, Google spent about $750 to buy AdMob for mobile advertising and Microsoft’s Windows Phone 7 will have a mechanism that makes it an “ad-serving machine.” Having its own integrated service from the OS level could make the BlackBerry a more attractive and lucrative platform for developers.

Business Insider suggests RIM may make overtures for Opera Mobile, which recently acquired mobile ad firm AdMarvel. This could be an interesting marriage but this is all rumor and speculation at the moment.

I'm a huge fan of Ducati Motorcycles and I also happen to like the iPhone 4 despite my feelings towards...