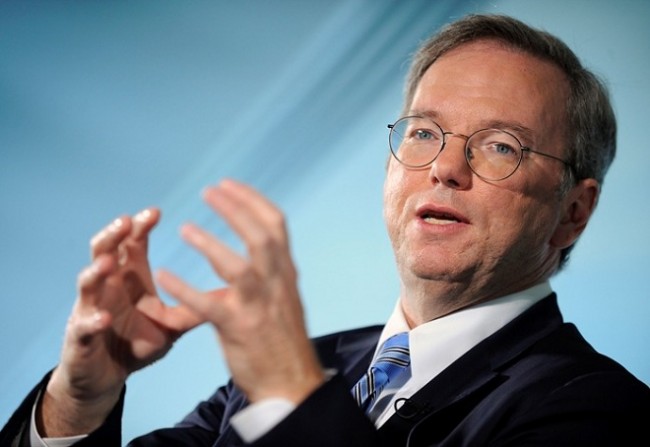 It looks like Google CEO Eric Schmidt has invested in PocketGear, a potential competitor to the Android Market. Could an acquisition be in the future?

According to Android Police, PocketGear has sent out a letter to developers saying that Google’s head has invested.

PocketGear is an independent mobile app store that serves multiple platforms, including Android, BlackBerry, Symbian and Windows Mobile. A more fair description would be calling it a rival of companies like Handango.

The letter to developers said:

We want to help you reach the 20-30% of users that choose to acquire content outside of the Android Marketplace. PocketGear, the world’s largest cross-platform mobile app store, distributes applications online and through on-device app stores with leading handset manufacturers, carriers, and media brands worldwide. Eric Schmidt, CEO of Google, believes in us and is one of our most recent investors. (not yet announced)

If true (we’re still waiting on official word from Google), Schmidt’s investment could point to an eventual acquisition. We know the search giant isn’t afraid to buy companies if it could help it down the road. Heck, Android itself was brought about after an acquisition.

One thing is certain, we should start to see some improvements to the app market for the little, green robot and I’m very happy to see that. The 2.2 version, or Froyo, already improves discovery, as you’ll finally get a suggestion if you misspell an app name.

Looking further down the road, we know that Google will use the technology it acquired from Simplify Media to enable users to stream music from your home library and push apps from your desktop to the handset.

Earlier today Phandroid seemed to have off-contract pricing information on the upcoming T-Mobile Samsung Vibrant - the T-Mobile variant of...