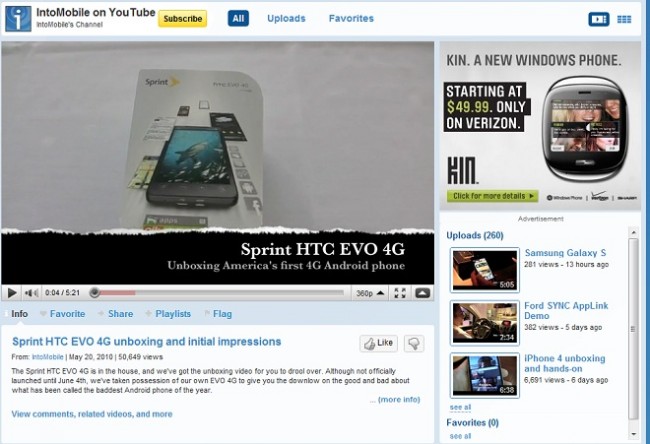 There’s a lot of talk about the demise of Adobe’s Flash because of the growing presence of HTML5, particularly as Apple refuses to let the defacto web standard on its iOS devices, but the video-serving giant YouTube said it may be too soon to be digging Flash’s grave.

In a blog post Tuesday, YouTube said that HTML5 is making great strides but Flash will continue to play a “critical role in video distribution” for a variety of reasons. Obviously, we’re “into” mobile and this announcement could have major ramifications for the future of web video on your shiny new smartphone.

It’s important to understand what a site like YouTube needs from the browser in order to provide a good experience for viewers as well as content creators. We need to do more than just point the browser at a video file like the image tag does – there’s a lot more to it than just retrieving and displaying a video. The

YouTube said that Flash is the right technology right now because its a standard video format that can handle a variety of sizes, it has robust video streaming, it offers content protection for copyright holders, the embedding options are well-built out, there’s full-screen video options and it also offers camera and microphone access for two-way video communications. HTML5 should be able to get there, especially with Google’s WebM open source video standard, but it’s not there yet.

This is important for smartphone because video is quickly becoming a key driver, especially with big, brilliant displays popping up on the Droid X, Galaxy S phones and the iPhone 4. Flash should also show up on a variety of smartphone platforms in the near future, as Android 2.2, or Froyo, promises full support for Adobe’s web technology.

Flash is also supposed to come to BlackBerry, webOS and nearly every other platform except for iOS. Conditioning users to expect full web-video content on their handsets could be a good way for Adobe to force Apple to cave on its stance.

Google Docs on mobile has moved relatively slowly, having launched three years ago, and the only significant addition since has...