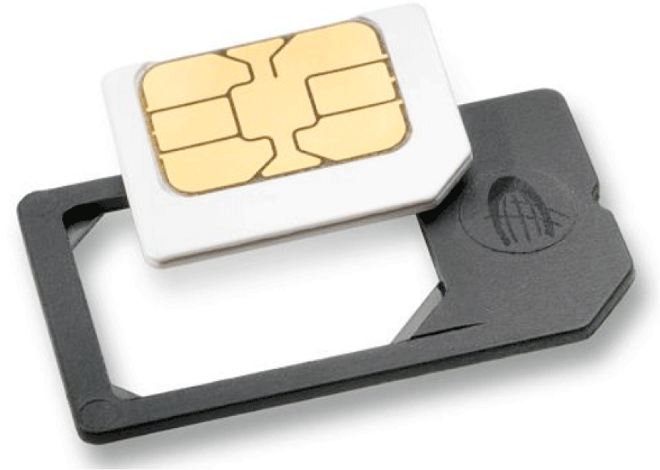 If you have your hands on that shiny, new Apple iPhone 4 and want to use your mobile service on another phone, you’re out of luck because the handset uses the microSIM standard. But thank goodness for accessory makers because we’re now seeing a microSIM adapter that will enable you to move your service to multiple devices.

The MicroSIM Shop will sell you the adapter for about $7.50 and the folks over at the Unofficial Apple Weblog have put it through the paces with various Apple iPhone units.

I did find it a little tricky to get it placed in — make sure you use the provided support indentations, which you can see in the picture that accompanies this post — but once it was finally in, it was very easy to use. It took maybe all of 30 seconds to get it set up, but when you’re testing a new product those seconds can seem forever until everything finally and snugly gets put into place.

This Apple iPhone adapter seems to work well and could potentially let you move your 3G data access off your iPad onto another device. I can’t really think of pressing situations where that makes sense, but having options is always good.

Apple said it adopted the microSIM standard for the iPhone 4 because it wanted to create more space for other things. The new iPhone packs a bigger batter thanks to that extra space and the company said it is the thinnest smartphone in the world (expect that to change within months).

Of course, the cynic could say that it chose this standard because it can lock users in. It would be great to grab your Apple iPhone 3GS SIM and pop it into your iPad for mobile data connectivity, but that’s not going to happen without some serious SIM trimming.

Stefan thinks this move could be good for industry as a whole. What do you think?

Review: Verizon Motorola Droid X – Is this the Droid you’re looking for?

The Motorola Droid X will soon land on Verizon and the Android-powered touchscreen smartphone is packed to the gills with...