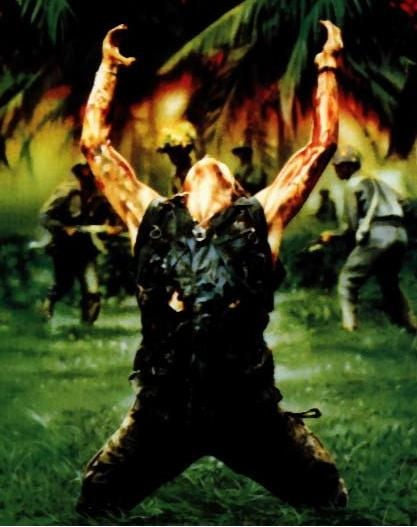 When we’re waiting on the edge of our seats for a product like Apple’s iPhone 4, expecting it to be perfect and amazing in every little way, and it turns out to be a little less than perfect, well, you know exactly how we react to that. The device that was supposed to reaffirm our trust in Apple, the smartphone that would trump all other smartphones, turned out to have some very critical issues. Or does it?

It’s no surprise that the iPhone 4 has been suffering from reception issues due to its new design where the frame acts as the phone’s antenna system. But reactions and results have been mixed. Most videos and stories across the web that highlight the issue show that you have to try pretty damn hard to get the “death grip” to work. Hell, there’s even a video online posted a month before the iPhone 4 was launched that shows the same thing happening to a Nokia E71.

One iPhone user got so pissed off, however, that he lashed out at Steve Jobs in an e-mail exchange.

I assume there is no fix then. If this is legit, I have lost all respect for apple and just want to go back to Verizon and get a nice Android phone. And don’t tell me they have the same issues, all our co-workers with Androids are just mocking us right now…. “Hey, I am going to go in the basement and continue my call. You can use my office on the 2nd floor so you can get a signal”. You are going to kill your brand over one product. Apple is coming off arrogant and rude. If there is no fix just tell people so they can return their phones. We have work to do. I have bought just about every apple product made in the last 20 years  and this is the 1st time I am ashamed to be a MAC fan.

This is just  sickening,

Tom is the name given to the annoyed customer by Boy Genius Report after getting its hands on the e-mail exchange. “This is sickening,” says the aggravated user. “I am ashamed to be a MAC fan.”

I’m going to say that I agree with Steve Jobs’ response here:

No, you are getting all worked up over a few days of rumors.  Calm down.

It’s hard to say whether the issue has just been conjured up by rumors based on the evidence across the web, but this guy most certainly needs to calm down. Tom then goes on to say:

I am really insulted… “Calm down”…. “rumors”… What arrogance. This is will be marked as the begging of the end of Apple. Seriously, DO THE RIGHT THING. I just had dinner with 3 people who had iPhone 4s we all cant make calls without dropping. There is no rumors it is reality.

You are most likely in an area with very low signal strength.

Stop with jackass comments. I have has every iphone made. They all had a bad signal but this is the so much worse X3. The whole country is is in a “low signal strength” in reality… all but apple campus and your house it seems? AT&T maps are a joke. I am in “excellent” to “good” coverage and on my iPhone 1, Iphone 3G, and my iPhone 3Gs, I could  at least make a telephone call. After all, it is a phone. Iphone 4…. 5 bars….. touch the phone… ZERO bars call drops.

Steve. IT DOES NOT WORK! Geezzz I hope this this is not really you. Are we on a different MHz? I have yet to see an iPhone [4] work in Richmond when you hold it in your hand. It is not “isolated”. I was a big fan. But I am done.

Folks, I guarantee you that Tom is still using the iPhone 4 as I type this. Normally, I’d leave this as is and let the readers decide whether Steve Jobs is being curt or if Tom is just out of line, but I really can’t stand Tom’s responses. You see, Tom is exhibiting what I call “pathetic-ness.” It’s when one thinks he is cool because he has cool stuff, not because he does cool stuff. And what happens when the cool stuff turns out to be not so cool after all?

Tom probably got really excited when the iPhone 4 was announced and decided he’d be one of the first in line the night before launch. Perhaps he had a grin that stretched from ear to ear as he entered the Apple store around 7 a.m. on June 24 as the store employees clapped and cheered him on. A few minutes later, he undoubtedly emerged in some state of euphoria, eager to get home and sync all his goodies onto his new toy.

But then Tom started reading hysterical blogs that just about went ape shit on every flaw and imperfection they could find in the new iPhone 4. One of these flaws could be recreated at home, if one were so inclined and tried just hard enough. Tom tried, and Tom was deeply saddened. All the waiting, all the anticipation and all the hype had been instantly crushed when he placed his hand right over the lower-left side of the phone.

Not one to be pushed over or screwed by a large corporation, Tom went straight to e-mailing Steve Jobs and an Apple engineer.

Based on his knee-jerk responses, threats to leave AT&T for Verizon and Android, and his general tone, Tom sounds like a guy who had just been rejected by a girl that he put up on a pedestal.

While I think Steve Jobs and Apple have been rude and pretty cavalier with their stance on this issue, Tom here is just exhibiting a classic example of deep-seeded rage born of sheer fanaticism.

[Update]
This e-mail exchange is allegedly a fake, according to Apple PR, and we have updated our story on the matter here.

New from the folks at Purple Forge comes the aptly named 'Canada Day' app. This app is the ultimate guide...