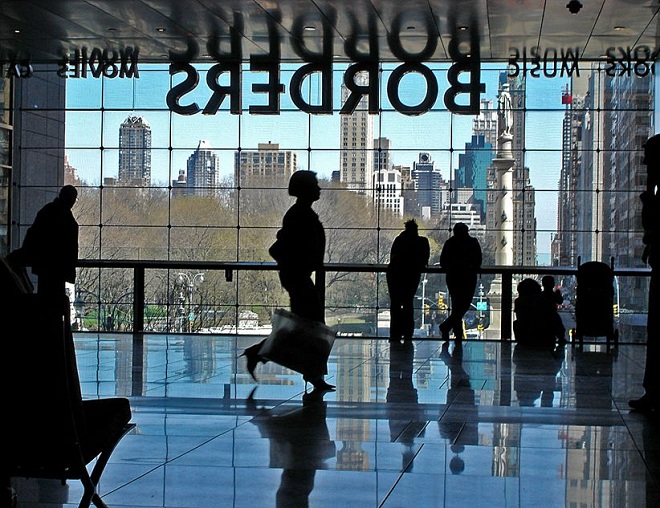 Borders is doubling down on its mobile strategy, as it is bringing its e-reader application to Android and BlackBerry. This latest e-reader app will join its existing programs for the Mac, PC, Apple iPhone and iPad.

The Borders eBooks app does exactly what you expect from this type of program: it enables mobile users to access and buy e-books from Borders over the air. You’ll be able to download the books for offline reading, there’s search functionality, and there’s also automatic bookmarking capabilities.

If you’ve ever used the Kobo e-reader, you should know what to expect on the Android and BlackBerry apps. The interface is pretty clean and transitioning between pages is quick and easy. Fortunately, there’s also a large library of free titles to download but some reviews said a few ePub books don’t work well.

The move comes as the e-reader space is heating up, particularly in the mobile space. Amazon’s Kindle app is probably in the lead, as it has successful iPhone and Android apps and it even added audio and video support for the iPad app. Borders’ rival Barnes & Noble also has a plethora of apps and even Apple is jumping into the market with its iBooks format.

It seems pretty clear that the future of book selling lies in digital formats but it’s unclear if the major success will be through dedicated e-reader devices or through tablets and phones. The convenience of phones or tablets seem clear but it’s still a strain on the eye to read for a long time on an LCD screen.

It’s also interesting to watch the traditional booksellers transition to the digital future. Apple and Amazon may be best positioned for this because the companies don’t have the physical overhead of the traditional retail booksellers. Barnes & Noble and Borders do have the industry know how and relationships with the industry, though, and that can’t be discounted.

World’s first HSPA+ phone to be made by HTC, run Android, launch on T-Mobile USA in September

HSPA+ is a technology meant to maximize the lifespan of 3G. Don't get me wrong, LTE and WiMAX is all...