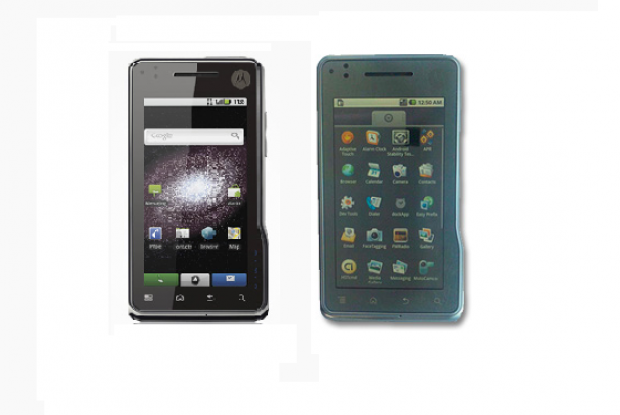 Ever since we caught wind of the Android-powered Motorola Motoroi, there have been rumors that Big Magenta would be getting the Motoroi with support for the 1700Mhz 3G band that T-Mobile likes to use. Today, we learn that the rumors might become reality, as the FCC has just updated the Motorola MB710 with additional specs, which was initially discovered this past January.

Back when we initially thought we’d see the Motoroi device hitting the US last year, it looked to be the king of Android phones. Coming in with 3.7 inch capacitive display, 600MHz OMAP processor, 8 megapixel camera (some versions come with a Xenon flash – an Android first), and a HDMI port. Now 8 megapixel cameras are all the rage in some high-end Android phones, and 600Mhz sounds just down right slow compared to the 1GHz speeds we’re seeing today. The overall look of the MB710 Motororoi look-alike is not unlike the Motorola Droid, just without a keyboard, and a hump on the side for the camera. The MB710 looks like it has shed it’s Motoblur key configuration to match that of the standard buttons found on the Droid and Nexus One.

As we mentioned above, the MB710 was spotted at the FCC back in January, but yesterday it was updated which included a user manual as well as some photos of the device. The MB710 supports T-Mobile’s 1700 MHz 3G bands, and the initial user manual of the device (before it was updated) showed some T-Mobile services, like MyFaves. MyFaves may be long gone now, but it’s just another reason why we should expect this thing hitting the 4th largest US carrier. It’s been quite a while since we first saw this device, and we can only hope that Motorola took the time to beef up the MB710’s hardware to bring it up to par with some competition of today.

So, anyone excited about this device? I don’t know about you, but after using a handful of HTC devices, I think I’m going to jump ship for a Motorola Android phone. It’s not that HTC makes bad hardware, quite the opposite, but I’d like to see how the other Android heavy-weight does it. Unless this mystery T-Mobile HSPA+ HTC device can make coffee in the morning.