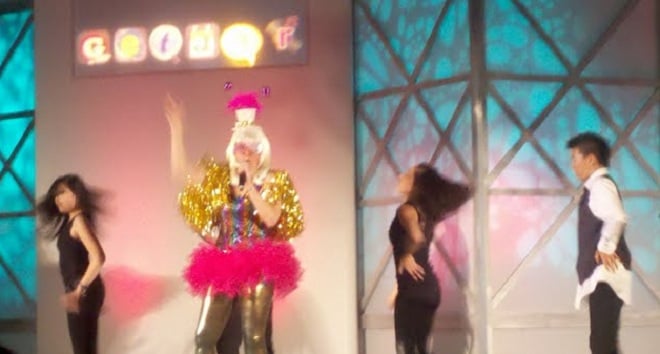 Applications like Opera Mini, Layar and Lookout topped GetJar’s first annual Gettie Awards. Team IntoMobile was there last night and it was quite an interesting experience.

I’ll get to the winners first, as GetJar was seeking the best Java, Symbian, Windows Mobile, BlackBerry, iPhone and Android apps. The winners received some monetary reward (I don’t think it was straight fat stacks of cash but some sort of developer compensation) and the acclaim of the mobile world.

“It was an honor for GetJar to host this celebration for the mobile developers that shape and drive our industry,” Patrick Mork, CMO of GeJar, in a prepared statement. “We could only select one winner per platform, but in reality, the room was filled with winners based on the sheer creativity and innovation across all the major development platforms.”

The award ceremony was an good experience that I think should only get better with time. It was undeniably hokey – check out a picture of “Lady GetJar” – but it’s nice to see developers get some recognition and rewards. As GetJar grows, this should gain more prominence in the industry and then people like WaveSecure Backup won’t leave the judge standing alone at the podium looking forlorn.

The GetJar ceremony shows the growing importance of mobile apps in the mainstream. In fact, one of the GetJar winners was just acquired by Disney. It doesn’t get much more mainstream than Disney, folks.

As the mobile app space continues to grow, I’ll look forward to more events like the GetJar awards.

My TV Remote makes your iPhone a social, universal remote

Turning your Apple iPhone into a remote control with an IR dongle is nothing new but the My TV Remote...