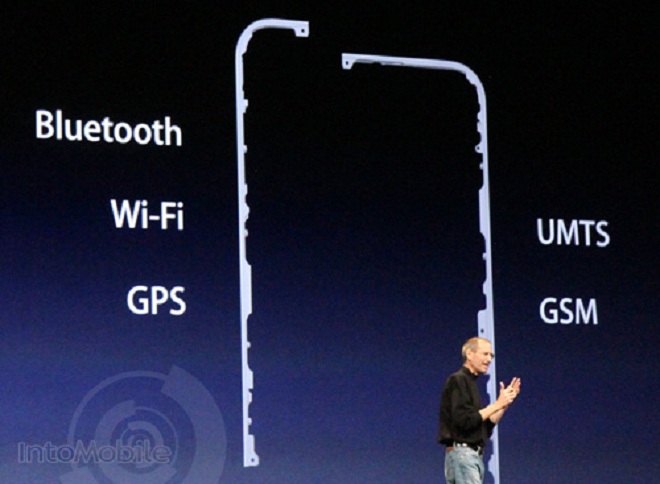 It has been interesting to see how the iPhone 4 antenna and reception issue evolved for Apple. First, there were some reports and videos of the so called “death grip” showing the attenuation of signal or reception by holding the phone a certain way. Several more reports showed that the problem was quite widespread, and the area of the phone affected was isolated to the lower left corner where the frame is separated by a strip. Apple’s responses and solutions, along with Steve Jobs’ curt e-mails to concerned users, left a growing rage against the iPhone 4 maker. Now there are talks of a recall, with some calling it the more responsible thing for Apple to do. If a recall does happen, how much will it cost the Cupertino-based company?

According to Bernstein Research analyst Toni Sacconaghi, a recall of the iPhone 4 would cost $1.5 billion, but also says that a full recall of the device is highly unlikely. Just because Consumer Reports retracted its recommendation to purchase the iPhone 4 due to the antenna issue doesn’t mean it’s a serious problem or that it affects everyone. Engadget posted a round up yesterday of its staff experiences and it really proves that the issue is either inconclusive, or is only a problem based on a combination of certain conditions.

In order to begin a recall, Apple would first have to acknowledge the fact that there is a real problem. Up until now, both Apple and CEO Steve Jobs have failed to do so appropriately. Again, due to the fact that most users don’t seem to be affected by the problem, or find that they have to try very hard to recreate the issue, acknowledgement and a full product recall may never happen.

At this point, it’s hard to say whether the hardware issue has been worsened by the very loud media. It might have urged users to try to recreate the death grip to see if their units are affected. The responses from Apple and Jobs didn’t help the company’s PR nightmare one bit. If the company ultimately did a full product recall and fixed the problem, and it did cost $1.5 billion or 3.5 percent of Apple’s total cash in hand, would it be worth fixing its public relations issue? Or will this just blow over in a few more weeks when the ADD-afflicted hive mind finds the next tech fiasco to move onto?