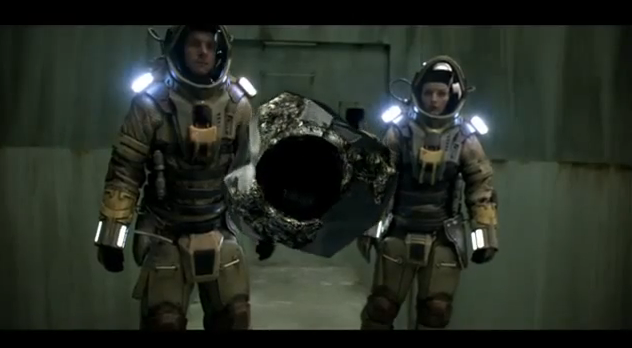 The Verizon Motorola Droid X is slated to land on US shores tomorrow, July 15th, 2010. Come tomorrow morn, some Verizon stores will open their doors early to give eager Droid X fans a chance to be one of the first humans on planet Earth to own the latest and greatest Android phone from Verizon. So, you can expect Big Red to start ramping up their marketing efforts to build hype around one of this Summer’s must-have Android phones. The latest ad in the Droid X series has just been posted online and it’s eerily mesmerizing, despite not showing off anything about the phone or its features.

The Motorola Droid X, for those of you somehow still unaware, is the mother of all smartphones in Verizon’s Android stable. It features a 4.3-inch capacitive touchscreen display, 1Ghz OMAP processor, 8-megapixel camera (with dual-LED flash), 3G data, WiFi (b/g/n), GPS, microSD card slot, and an HDMI-out port that lets you stream pictures and videos in full 720p HD resolution to an external monitor or TV. That’s one helluva feature set, if you ask us.

If the blogosphere buzz surrounding the Verizon Motorola Droid X and our full review of the Droid X haven’t yet convinced you to pick up the newest Android phone from Big Red, maybe the video below will help you make your decision. This latest ad continues on Verizon’s tradition of pushing Motorola Droid phones with stark marketing campaigns aimed at the inner geek in all of us. Even without any detailed info on the actual device, we think this ad is amazing.

Of course, there are plenty of Android superphones out there this Summer, so you might also want to check out our Superphone Shootout.