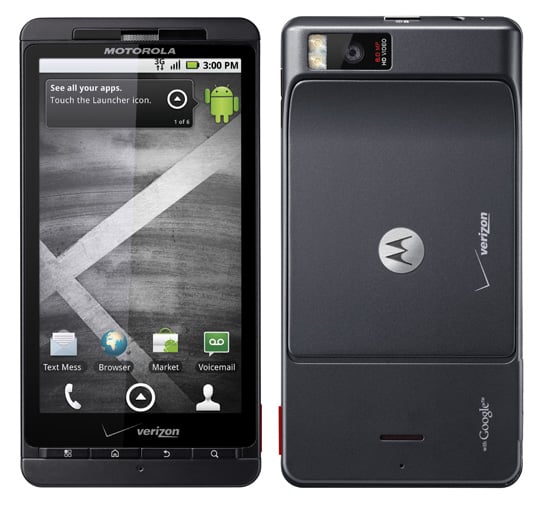 If you’ve been following the eFuse news surrounding the new Verizon Motorola Droid X and the upcoming Motorola Droid 2, you’re probably well aware of rumors that say the firmware protection technology could potentially turn your shiny (or matte-finished, in this case) new Android phone into a brick if you attempt to mess around with the bootloader and flash a custom ROM. Today, we have confirmation ,straight from the proverbial horse’s mouth, that the eFuse technology hiding within the Droid X will most certainly not brick your phone. Instead, eFuse will simply force your Droid X or Droid 2 to go into recovery mode, should it detect any software that isn’t supposed to be there.

Right, so eFuse might not necessarily turn your handset into a brick, but being limited to recovery mode is almost as useless. If you attempt to boot with “unapproved” software, all you’ll get is your Droid X’s recovery mode. Still, there’s a bit of good news – you can resurrect your beloved smartphone from the depths of eFuse hell by reverting your Motorola Android phone back to its stock software. Once approved software has been installed and detected by eFuse, the phone will reboot and continue to operate normally.

This is Motorola’s take on the matter:

Motorola’s primary focus is the security of our end users and protection of their data, while also meeting carrier, partner and legal requirements. The Droid X and a majority of Android consumer devices on the market today have a secured bootloader. In reference specifically to eFuse, the technology is not loaded with the purpose of preventing a consumer device from functioning, but rather ensuring for the user that the device only runs on updated and tested versions of software. If a device attempts to boot with unapproved software, it will go into recovery mode, and can re-boot once approved software is re-installed. Checking for a valid software configuration is a common practice within the industry to protect the user against potential malicious software threats. Motorola has been a long time advocate of open platforms and provides a number of resources to developers to foster the ecosystem including tools and access to devices via MOTODEV at http://developer.motorola.com.

It’s not clear if it will be possible for the user to revert their handset back to the approved software, or if users will have to take their locked-down devices to Verizon or Motorola in order to flash it back to the factory ROMs.

So, that’s where we stand. On the one hand, it’s good to hear from Motorola that they aren’t looking to turn modded devices into bricks outright. On the other hand, having your Droid X do nothing but boot into recovery mode is almost as useless as a brick. But hey, at least you can revive the phone by going back to the stock software – which is where you should stay until Android devs figure out a way to bypass the eFuse protection system, assuming it’s even possible.

Remember The Milk for Android updated with auto-complete for Smart Add, smarter auto-syncing and more

One of the most popular task management services, Remember The Milk, has once again updated its Android app. This release...