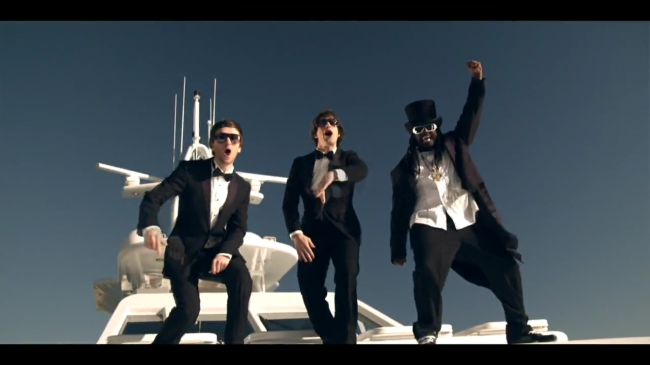 One of the cool things about the Apple iPhone 4 is the ability to make two-way video calls with the front-facing camera and the FaceTime technology. You knew it was only a matter of time before we saw some cool uses of this. Well, how about FaceTime from a yacht? Is that cool enough for you?

In the video below, Philippe Kahn is seen making a video call with the Apple iPhone 4 to his company’s headquarters. What’s special about this is that he’s doing it while he’s in the middle of the Pacific Ocean, as he’s using a satellite data setup to gain connectivity. Sure, the video is choppier than it would be over regular WiFi and it doesn’t look as good as the video does in the ads, but it’s still pretty darn cool.

To make things even better, Kahn is the man who is credited with creating the cameraphone. So, he played a major role in the creation of the technology that eventually led to Apple FaceTime.

Check out the video below and let us know your best uses of Apple’s video-calling technology.

Apple: it takes 3 years to put up a new cell tower in San Francisco

Wonder why your Apple iPhone reception sucks in San Francisco? Most of us will (rightly) blame AT&T but Apple CEO...