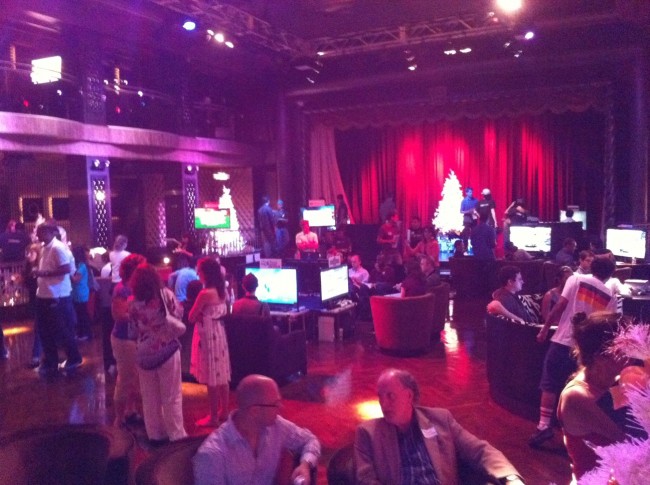 Last week, I was invited by EA Games to attend a press event that showcased a number of their games that are being released from now until this holiday season. Not only were the drinks and food plentiful, but EA Games was showing a lot of highly anticipated games including, of course, EA Mobile.

EA Mobile has been having a great year for game releases on the iPhone, iPad, and just recently, the Android Market. Titles like Need For Speed: Shift, The Sims 3, and Madden NFL 2010 have kept hardcore gamers pleased while casual gamers have been entertained with titles such as Battleship, Monopoly, and Scrabble. What does EA Mobile have cooking for this summer? Read on to find out what games they’re planning to release as well as my eyes-on impressions. 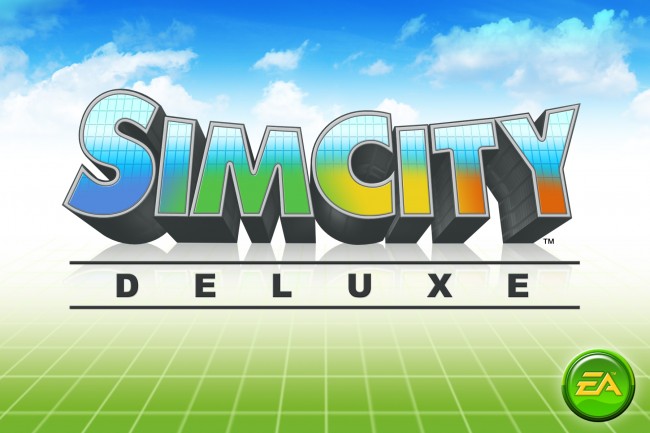 The original SimCity was released on the iPhone last year and now they plan to offer a bigger and better experience with SimCity Deluxe. The first thing I noticed in SimCity Deluxe was how it received a huge graphical overhaul compared to the previous SimCity title. The demo showed off a lot of detail in the buildings, roads, and other parts of your city. SimCity Deluxe allows players to create their own fictional city or play in cities based on real-world cities such as New York, London, and Los Angeles.

The advisors in SimCity Deluxe also received an updated look as now they’re sporting a more Sim-like look to them rather than the cartoony look in SimCity. As with all SimCity titles, your advisors will give you information on different parts of your city. 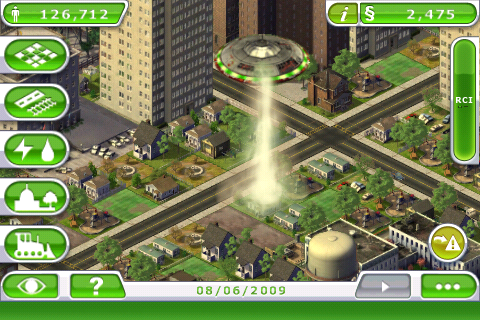 If you’re like me, you probably like to take out your aggression out on your city from time to time and SimCity Deluxe. That’s where disasters comes in. SimCity Deluxe not only includes these fun ways to cause mayhem in your city, but they’ve up their game by offering some new disasters. One disaster I saw during the demo was the Plague, which filled the screen with locusts which results in a dropping population (in other words, it kills the residents of your city.) 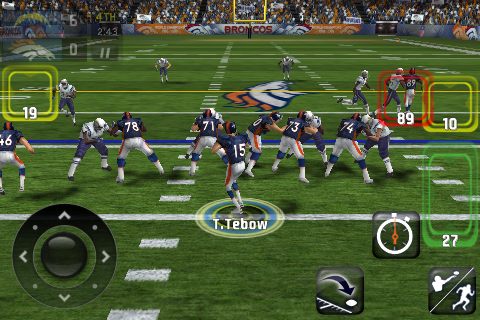 Madden NFL 2010 brought the Madden franchise to the iPhone platform for the first time last year and not only are they releasing Madden NFL 11 on the iPhone, but the franchise will be making its iPad debut as well.

As with SimCity Deluxe, Madden NFL 11 has also received a graphical overhaul which was even more noticeable when Madden NFL 2010 was running next to the game. Each player has a high amount of detail to them as well as the stadium and field. 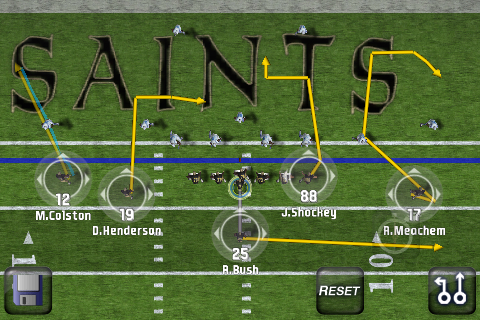 Madden NFL 11 allows players to edit their plays on the fly as you can draw a line from a player on your team to perform any way you’d like them to. Let’s say you set up your defense, but you want to focus your front line on one player on the opposite team. The player can draw a line from each player to then draw all of their attention on one opposing player. Play editing doesn’t stop there as you’re now able to create your own plays and save up to 4 for later use. Madden NFL 11 can also help keep the game moving by automatically calling out plays based on plays you frequently use.

The Sims 3 took the iPhone by storm when it was released last year, with The Sims 3: World Adventures releasing this past Spring and doing equally well as the original game. Now EA Mobile is set to release its second expansion, The Sims 3: Ambitions.

The Sims 3: Ambitions allows players to pursue their Sims’ passion and hopefully fulfilling professions. Sure, you can decorate your apartment, make friends, and put out fires in your kitchen, but the point of The Sims 3: Ambitions is to follow specific guidelines that are set for your Sims’ profession in order to progress. Your Sim can ultimately be either a town hero or a town jerk, it all depends on the choices you make for your Sim. 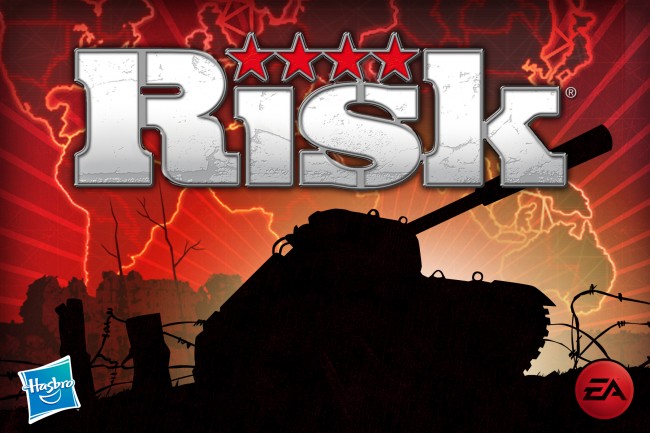 Here’s a classic board game that is finally getting the iPhone treatment. Risk for the iPhone follows all of the same rules of the board game, but instead, it puts it all in a nice little iPhone game that includes some nice graphics of both the board and the actions players take. 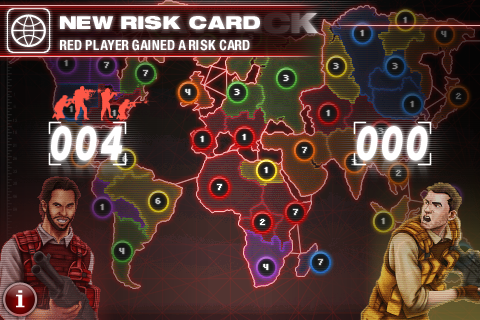 Risk for the iPhone can be played against either realistic AI adversaries, or players can challenge up to 6 multiplayer opponents. 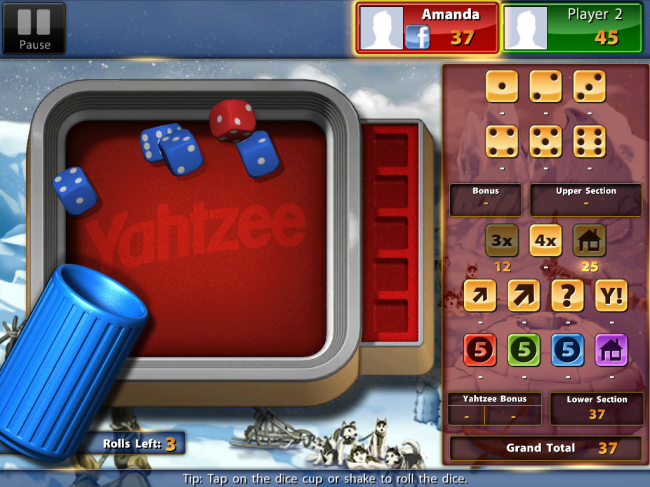 Yahtzee Adventures was another popular board game that received the iPhone treatment when it was released on the iPhone almost 2 years ago. Instead of being just a simple port of the board game to be playable on the iPhone, EA Mobile created a story for the game.

Yahtzee for the iPad brings that same experience and makes it available for the iPad. The additional real estate on the iPad screen means the game can take advantage of better graphics, dice rolling mechanics, and an engaging gameplay mechanic that makes it easy for multiple players to play together. 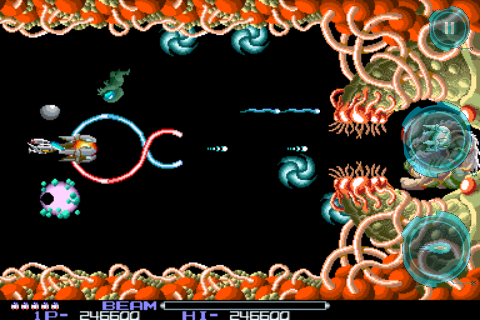 One game I was looking forward to seeing ever since it was announced was R-Type. The original R-Type was a ground-breaking side-scrolling shooter and it’s coming to the iPhone in all of it’s old-school glory.

The demo for R-Type was relatively short compared to the others, but I did see the game will feature 3 different control schemes: drag, D-Pad, and the often supported but difficult to master, accelerometer. One thing I found interesting was how EA Mobile decided to shrink the viewing field of R-Type to allow for the controls to be accessed below the game’s window instead of being an overlay, which could be difficult for side-scrolling shooters. 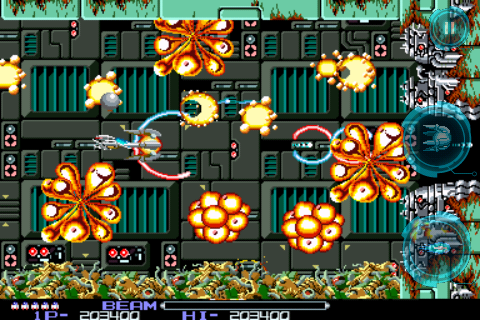 Graphically, R-Type played just like how I remembered it. The game’s ship, enemies, and its soundtrack were all accurately recreated on the iPhone and gameplay was fast and smooth on an iPhone 3GS.

One title that surprised me was Reckless Racing as it’s never been mentioned by EA Mobile in the past. As with R-Type, my demo time with Reckless Racing was short but from the brief moment I spent watching it being played, it’s a game I’ll be keeping on my radar. 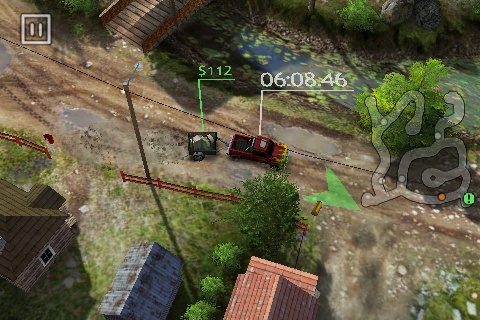 Reckless Racing is a top-down racing game similar to R.C. Pro AM with updated graphics. Players can control their vehicle using either the accelerometer (which to be honest, left me feeling a bit nauseous as the game included a lot of turning), or using on-screen controls.

Reckless Racing also includes engaging multiplayer features. Players can challenge others through online multiplayer mode, as well as an online leaderboards and the ability to trade ghost races with players all over the world.