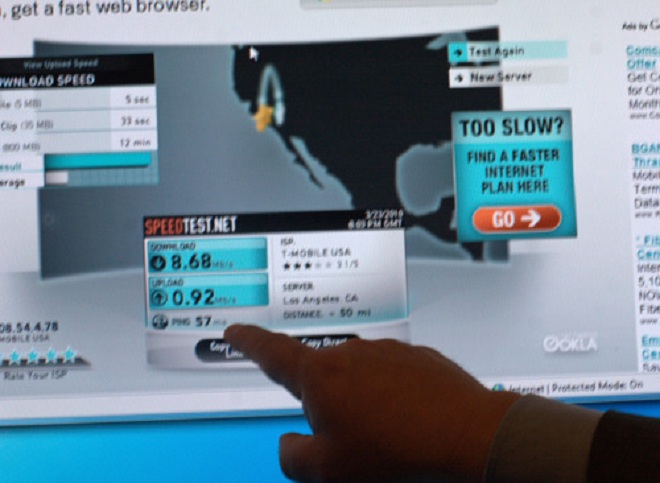 If you’re rocking a device like the myTouch 3G Slide, you’ll be able to experience some benefits from this network upgrade. You should soon get 7.2 Mbps download speed (theoretical max) but you won’t be able to get the full HSPA+ goodness until we see a new device that’s capable of this. Fortunately, that shouldn’t take too long, as we’ve heard reports that an Android-powered HTC device with HSPA+ bands should be coming in September.

It looks like T-Mobile is in the middle of a major turnaround when it comes to advanced mobile broadband, as it was only a few years ago that the fourth-largest carrier didn’t have 3G. Now, with HSPA+, the carrier may be offering the fastest network that reaches the most people by the end of the year. We’re also hearing that the company plans to double HSPA+ speeds next year, which could mean users will be getting up to 42 Mbps download speeds.

The max download speeds are always impressive but never happen in the real word. Fortunately, I’ve tried the T-Mobile HSPA+ network in real life and consistently found download speeds of 8 to 10 Mbps. That’s a good amount of bandwidth and T-Mobile looks like it will continue providing unlimited data plans, unlike some other carriers we know.

So you've got your brand new Samsung Vibrant, and you want to root it, do you? Good news for you,...