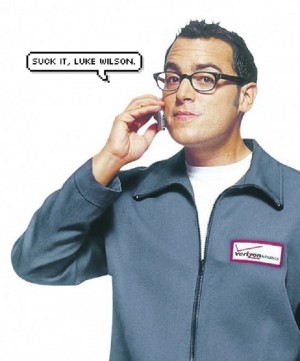 It looks like Verizon smartphone customers use more data than their counterparts on AT&T with the Apple iPhone, according to a study by Validas.

The report said Verizon smartphone users generally use 421 MB of data per month, compared with 338 MB per month for Apple iPhone users.

“The key detail in this study that drives the average is that, by percentage, nearly twice as many Verizon Wireless smartphone users are consuming 500 megabytes to 1 gigabyte per month compared to AT&T iPhone users,” said Ed Finegold, executive VP for Validas, in a prepared statement. “More than 11% of [Verizon] smartphone users fall into this category, versus just 5.6% of iPhone users.”

There are a few interesting takeaways from this report and the first is that the alliance between Verizon and Google has been a smash hit. For the longest of time, Verizon was known as having a great network but no cool phones to use. With the Motorola Droid and Droid X and the HTC Droid Incredible, that is no longer the case.

Anecdotal evidence also suggests the Motorola Droid has been a massive success. I live in San Francisco and it’s almost a city mandate to rock an Apple iPhone but I’ve steadily seen multiple people using Motorola’s Droid in the wild.

The rest of the Validas report could have some impact on the looming caps for mobile data. The report said 4% of Verizon smartphone customers consume more than 2 GB of data per month, compared to just 1.6% of Apple iPhone users. We know that AT&T has already killed off its unlimited data plans and its high-end data mark is now 2 GB a month.

Verizon is rumored to be implementing caps as early as this week and I’d expect it to have similar limits to its monthly data usage. We should know more about this in a few, short days, so keep it locked to IntoMobile, friends.

[Via Validas and press release]

Great news for all you smartphone modders feeling a little anxious about the legal ramifications of jailbreaking your iPhone or...