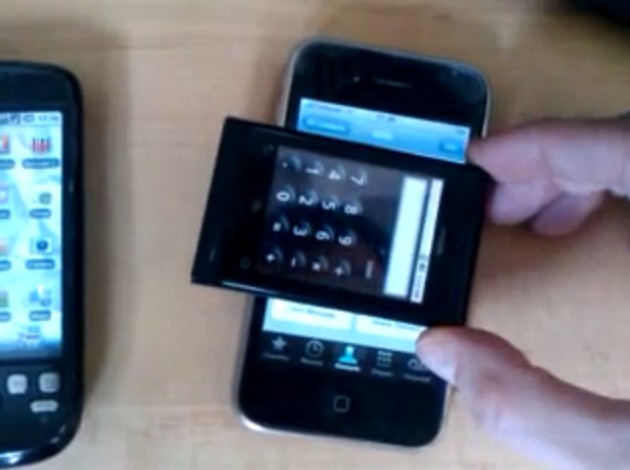 As Android handsets grow from 4.3-inch displays up to 5-inches, Modu is taking two steps back. Maybe even more. After all, the company itself says that it’s the lightest cell phone in the world, and it would be pretty tough to do that without being so tiny. This miniature Droid look-a-like is running Android 1.6, which might not be the latest and greatest, but it’s hard to imagine any spectacular hardware in this thing enough to support the latest versions of the Google OS.

If you’ve been paying attention to Modu, and I can’t blame you if you haven’t, this shouldn’t come as much of a surprise. Late last year, there was word that the manufacturer would go to Android, and it looks like that day has finally come. Of course, it’s not publicly available yet but this little video demo should be a pretty decent indicator that Modu is headed in th Android direction. Tragically, the device doesn’t pack a 3G radio, but it does have Wi-Fi if it’s any small consolation to you.

Google is trying to make Android a more lucrative platform for developers and it is implementing features which could make...