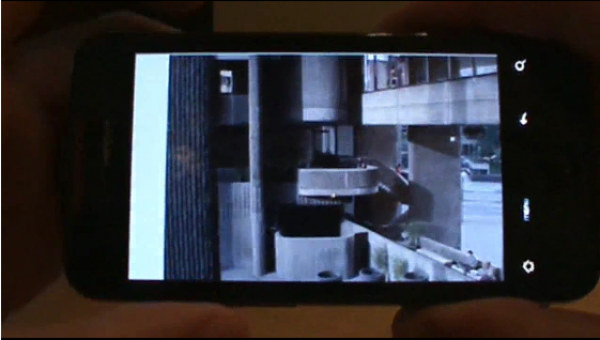 As a follow-up to the HTC Sense Froyo leak we saw previously, there’s now a video of Flash 10.1 running on the HTC Droid Incredible for your viewing pleasure. Does it play as nice as you’d like, read on to find out!

If you don’t want to sit through the whole 2:51 minutes of the video, you can just key in on this comment from the guys over at Droid-Life:

This is the Droid Incredible with Froyo – Android 2.2 with Flash fully working and fully awesome.

I say that sums it up pretty well. The video shows the Incredible showing off its Flash capabilities by playing the recent Droid X 3G Mobile Hotspot ad. The video plays just fine on the screen without any hiccups or stalls, as you may have expected. Oddly enough, the leaked ROM came with the Flash 10.1 player pre-installed, so there was no need to go to the Android Market and install the Adobe Flash player. We’re not really sure if Verizon will offer the Flash 10.1 Player pre-installed in the Android 2.2 Froyo ROM update, or if the person who compiled this particular ROM just installed it when packing up the ROM for users.

We do know that the official OTA update is almost underway for the HTC Droid Incredible, Motorola Droid X, and original Motorola Droid. In fact, the update could start hitting handsets as soon as next week. So keep your eyes open, and keep checking to see if the update is available for your handset in the near future.

As the person in the video posits, we’re not sure if Verizon plans to start sending the update out to all handsets at the same time or if they’ll use the phased roll-out model. Sprint is expected to be pulling the trigger on Android 2.2 Froyo updates in the next few days for the EVO 4G, so there’s also a chance that the Incredible may receive the update a little sooner than the other Verizon Android phones.

Only time will tell, but the suspense is killing us!

Check out the video below:

HTC EVO 4G owners might start getting excited at this bit of news - Android 2.2, or Froyo, may start...