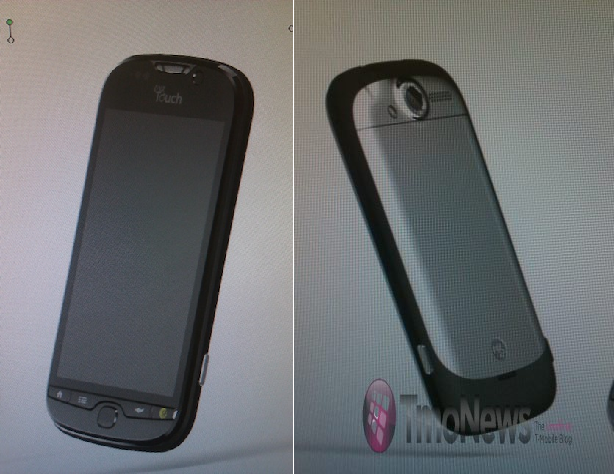 We just got our first glimpse of what looks to be the T-Mobile MyTouch 3G HD yesterday, and this time around, we’re seeing the back side of the device that’s rumored to be T-Mobile’s first HSPA+ smartphone. While it’s not the most interesting part of the phone, it’s one step closer to having a complete picture of T-Mobile’s upcoming Android smartphone.

The MyTouch 3G HD is somewhat reminiscent of the Nexus One, as the battery cover seems to comprise just a portion of the backside of the device, save for the uni-body aluminum frame component that wraps around the Nexus One. The MyTouch HD also sports the centered rear-facing camera from the Nexus One – rather than having the camera off-center, which is where you’ll see most cameras placed on smartphones today.

Some may like the look of the back, where some may want a more uniform color scheme. Personally, I don’t mind the battery cover, but would have rather see a slightly darker cover to more closely match the rest of the handset’s body. Still, this looks to be quite a thin device, and I’m definitely liking the overall look of the next generation handset in the T-Mobile MyTouch lineup.

What I wish we could see from this baby is some cold, hard specs. The MyTouch Slide is still a mid-range device, and it’s quite good at what it does, but I’d like to see some real power come from the MyTouch lineup. The T-Mobile Samsung Vibrant is the best phone you could possibly get on T-Mobile right now, which makes sense, given that the Vibrant is just T-Mobile’s version of the highly-regarded Samsung Galaxy S. But, with the rumored G1 Blaze, and MyTouch 3G HD coming down the pipes, you may want to keep your cash in your wallet for now. I definitely wouldn’t be surprised if we saw Super LCD displays on these devices, as HTC has come forth and said they will start implementing them into their future handsets.

We have no real release window for the MyTouch 3G Slide or the G1 Blaze, but if we look at the leaked T-Mobile roadmap, we can expect at least one of these Android handsets by September. Both devices will likely support T-Mobile’s HSPA+ network, but which will come first?

Access, which just released the Graffiti handwriting recognition software for the Android mobile operating system made by Google, has joined...