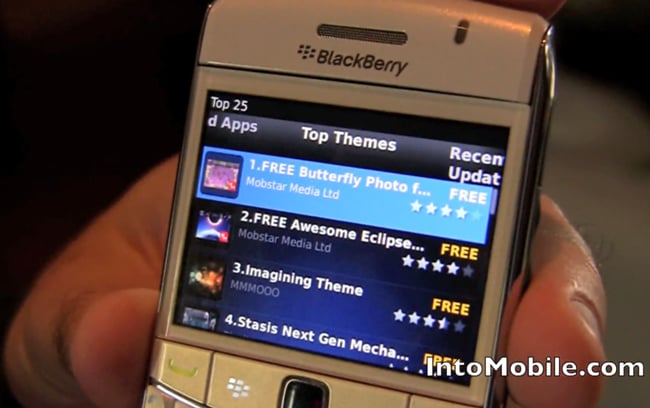 After getting an early look at the new BlackBerry App World 2.0 on-device app store, RIM has kicked off a private beta for a few more people. The main additions will be carrier and credit card billing, a new BlackBerry ID system that should automatically keep track of your downloaded app (as well as BlackBerry Protect), and a couple of UI tweaks.

This is happening conspicuously close to the supposed launch of the BlackBerry Bold 9800 on AT&T. Considering the stylistic similarities of app category carousel and the home screen navigation bar in OS 6, I wouldn’t be surprised to see the new and improved App World on RIM’s first slider. App World really should have launched with credit card billing; I’m sure PayPal paid a fair bit to be the exclusive partner in App World for awhile, but it was kind of a hassle from an end-user perspective, especially for those who don’t have a PayPal account.

If you’re interested in getting in on App World 2.0, head on over to the Beta Zone to see if you’re eligible.

Let's face it, there are a lot of crazies out there in the world, some of which I work alongside...