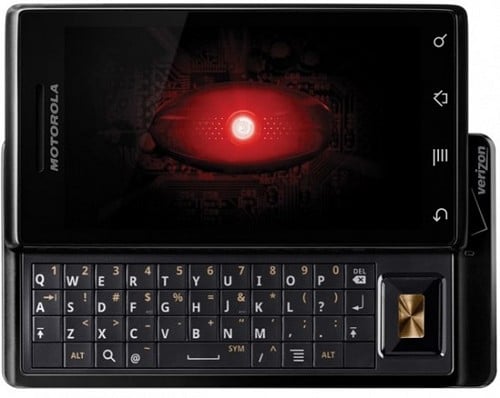 Our trusty Verizon source has given us a little bit of info that might get you Motorola Droid owners excited. We already know that the original Droid will be getting Android 2.2, or Froyo, next week, but we’re hearing that the roll-out actually begins on Monday, August 2. Right now, we’re taking this with a grain of salt as our source was pretty confident with this date, but couldn’t give us the 100% assertion we needed. Even then, the update likely won’t hit all handsets at once.

Just like the Android 2.1 update that hit the Motorola Droid a few months ago, this one is likely to be released in the same fashion. During the first day, about a thousand or so handsets will receive the update before another wave hits thousands more 24 hours later. Lather, rinse, repeat to an increasing number of handsets and pretty soon every Droid owner in the country who hasn’t already rooted his or her device will be on the latest and greatest Android version.

Unfortunately, we didn’t get any word regarding any manual updates. Sprint, who is rolling out its Froyo update for the EVO 4G next week, will allow users who don’t get the OTA update pushed to their devices to access it manually through the phone’s settings menu. It certainly alleviates a lot of the stress and frustration it causes impatient users, so good for them.

Droid Incredible owners, fret not. We’re expecting your Froyo update from Verizon to hit some time in mid-August just before the Droid X begins to receive its Android 2.2 lovin’ at the end of August.

It looks like the cure for this summer’s heat is a little Froyo action–get it? Yeah? Alright, I tried. The Nexus One, EVO 4G, Droid, Droid Incredible and Droid X will be sporting the latest from Google which should give Apple reason to tremble even just a little. Let’s also not forget that the Droid 2 is launching very soon and it is also reportedly going to sport Android 2.2 right out of the gates.

Thinking about one of these sexy handsets for yourself or a loved one? Check out our Sprint HTC EVO 4G review here, our Verizon HTC Droid Incredible impressions here and our full review of the Verizon Motorola Droid X right here.
REVIEW: Verizon Motorola Droid X – Is this the Droid you’re looking for?
REVIEW: Sprint HTC EVO 4G – Is it as good as it looks?
REVIEW: Verizon HTC Droid Incredible – Is it really Incredible or just another Droid?

Sprint was beaten to the punch by some HTC EVO 4G fans as the Android 2.2, or Froyo, update was...