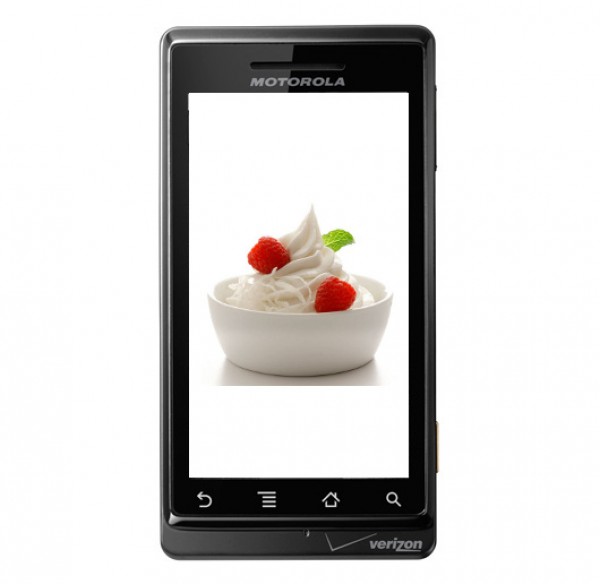 Android 2.2 Froyo is coming to the original Motorola Droid from Verizon. Oh yeah, we knew that already. Well, Motorola has updated their Android 2.2 (Froyo) timeline for the Droid that now says, “Upgrade to Android 2.2 expected to begin the week of August 2nd.” Well, heck, that’s today!

Soon, Droid owners should be able to update to the newest version of the Android OS, which will host many new features and optimizations, such as Flash 10.1 support, the JIT compiler that makes Android faster than ever, and the speedy V8 JavaScript engine, which is used in Google’s desktop browser, Chrome, making it the fastest mobile browser on the market. That said, the Droid won’t come with a feature many people had been hoping for: Mobile Hotspot and Tethering, a native feature in Android 2.2.

Now that the timeline is updated on the Motorola support page, there’s no doubt that Froyo on the Droid is getting official, without actually being available. We’ve yet to hear anyone who has actually gotten the Android 2.2 update, so right now we’re just holding our breath. But rest assured, it’s coming.

Froyo will likely start its roll-out in batches, hitting a couple thousand handsets here and there, and will continue throughout the week until everyone has received the update. The Droid isn’t the only device to receive the official update this week, either. The Sprint HTC EVO 4G will also be receiving some Froyo love this week as well, officially.

So, now that we now for certain that Android 2.2 is almost upon you, patient, Droid owners, all that’s left to do is to keep checking to see if you have the update available for your smartphone. It may be waiting for you and you might not even know until you hit that system update utility. If you are lucky enough to receive the OTA update, hit us up in the comments and tell us how you’re liking Froyo so far. Are the speed improvements, and boat load of other features in Froyo enough to keep you latched on to your Droid for another year?

The Motorola i1 smartphone is the first Android device for Boost Mobile and it's one of the most difficult phones...