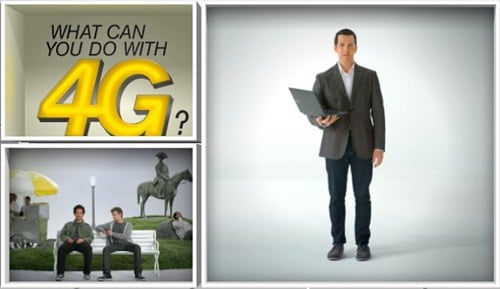 Sprint is still expanding its WiMax or 4G network giving HTC EVO 4G and Overdrive 3G/4G owners more reason to get excited. Well, if they live in the areas where it’s available, that is. Today, the carrier has announced that its WiMax service has hit three new states: Michigan, Delaware and Florida, and has added new cities in California. But before you go thinking that your next visit to San Francisco or Los Angeles will be graced with 4G speed goodness, I’m sorry to report that these launches aren’t hitting the major metropolis towns just yet.

For California, Modesto and Stockton just hit the list as those towns join Merced and Visalia as the 4G towns in Cali. Great, maybe next Turlock, Oakdale and Chowchilla will go live. Ever heard of any of these towns? Exactly. For Delaware, Wilmington gets some 4G action, Grand Rapids goes live with WiMax in Michigan and Florida rounds off today’s announcement with Jacksonville.

If you’ve been living in any of these towns and have been holding off on grabbing a 4G/WiMax handset from Sprint due to the lack of that extra fast data service, go ahead and grab one today. Cross your fingers and hope that your local Sprint or Best Buy is actually carrying the HTC EVO 4G as it has been sold out and in limited stock since its release.

With 4G, Sprint customers experience fast mobile downloads, streaming video without the lag, and turbo-charged Web browsing. This new wireless technology boasts download speeds up to 10 times faster than 3G.1 Users can video chat with friends and family via the popular HTC EVO(TM) 4G, America’s first 3G/4G wireless smartphone. And in the near future, Sprint customers will be able to purchase Samsung Epic(TM) 4G, the company’s second 4G enabled smartphone.

With the Overdrive(TM) 3G/4G Mobile Hotspot by Sierra Wireless, users can create a 4G hotspot on the road or at home. With the Sprint Free Guarantee, customers can try 4G for 30 days and if they are not satisfied, they can cancel service and have the opportunity to be fully reimbursed.2 Sprint also offers simplicity and savings vs. competitors with Everything Data plans, which include unlimited Web, texting and calling while on the Sprint network for one low price.

“Sprint customers are the first in the country to use 4G with either a smartphone like HTC EVO or one of Sprint’s other 4G devices like the 3G/4G Overdrive Hotspot to wirelessly connect a laptop to the Internet,” said Matt Carter, president of 4G, Sprint. “Later this year, Sprint will launch Boston, Miami, New York and Los Angeles, enabling millions more to harness this powerful new service.”

Sprint is delivering the power of 4G as the majority shareholder of Clearwire, the independent company that is building the WiMAX network.

Sprint Nextel offers a comprehensive range of wireless and wireline communications services bringing the freedom of mobility to consumers, businesses and government users. Sprint Nextel served more than 48 million customers at the end of the second quarter of 2010 and is widely recognized for developing, engineering and deploying innovative technologies, and is the first and only wireless 4G service from a national carrier in the United States; offering industry-leading mobile data services, leading prepaid brands including Virgin Mobile USA, Boost Mobile, Common Cents Mobile and Assurance Wireless and instant national and international push-to-talk capabilities; and a global Tier 1 Internet backbone. With its customer-focused strategy, you can learn more and visit Sprint at www.sprint.com or www.facebook.com/sprint and www.twitter.com/sprint.