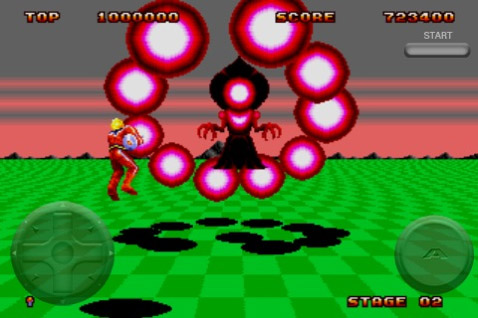 Another day, another classic game has been ported to the iPhone. This time it’s Space Harrier II, the famous jet-pack shooter from the glory days of the SEGA Mega Drive, that’s hitting the Apple AppStore… as expected.

You probably already know what’s Space Harrier II all about. Basically, you’re guiding a flying man whose mission is to destroy pretty much everything that moves on the screen. It may sound dull, but it’s very addictive, especially for those of you who played the original Mega Drive title “back in the days.” And if you require some additional information about the game, there’s a dedicated page on Wikipedia doing all the explaining, so I don’t have to. 😉

You can either use the on-screen D-pad and button, or rely on the built-in accelerometer for controlling the jet-packer…

Selecting a perfect task management app for the Apple iPad just got harder. My personal favorite is still Pocket Informant...