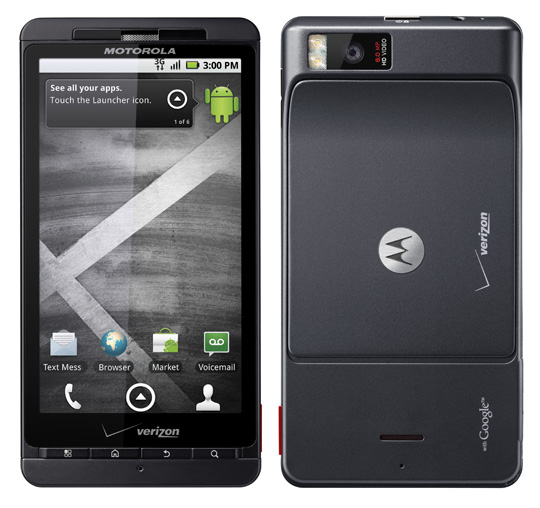 Listen up, Droid X users, Verizon and Motorola are apparently planning to push out the Android 2.2 Froyo OS to your new smartphone in less than four weeks. We know you’re probably feeling like Motorola has forgotten about you and your Android phone, but rest assured, you’ll be getting a taste of the official Froyo update soon enough. Thanks to some loose lips (or fingers, in this case), Motorola has let it slip in one of their support forums that the Droid X will be getting an official update to Android 2.2 “by early September.” Seeing as how it’s already the first week of August, we probably aren’t going out on a limb here by saying that all you X users will get your comeuppance in the very near future.

Here’s the skinny. A Motorola support forum addressing Exchange 2003 issues on the Droid X all of a sudden became a “leak forum” that is hinting at a more solid update window for Froyo. This is the response that should have those of you with an X in your pocket more than just a little excited:

Some Droid X users are experiencing an issue using Exchange 2003 email. Though the email is arriving on the Droid X, no notifications are appearing. A fix for this will be included in the upgrade to Android 2.2 scheduled for deployment by early September.

There’s no indication when, exactly Verizon will push the Android 2.2 update out to DX users through an OTA (over-the-air) update, but it’s a good bet that it’s going to happen within, say, four weeks or so. Keep in mind that the allegedly leaked Froyo ROM for the Smartphone was a hoax, so buyer beware.

With the update, you can expect to see your X getting nice and cozy with a new JIT compiler to speed up overall system performance, a V8 JavaScript engine to bring Google Chrome-like web browsing speed to your smartphone, support for Adobe Flash 10.1, and the ability to automagically update your Android apps as they become available. Check out our Android 2.2 Froyo features list for a breakdown of what to expect with the new OS version when it goes live.

Keep your eyes on IntoMobile. We’ll let you know as soon as we get word of the OTA update rolling out.