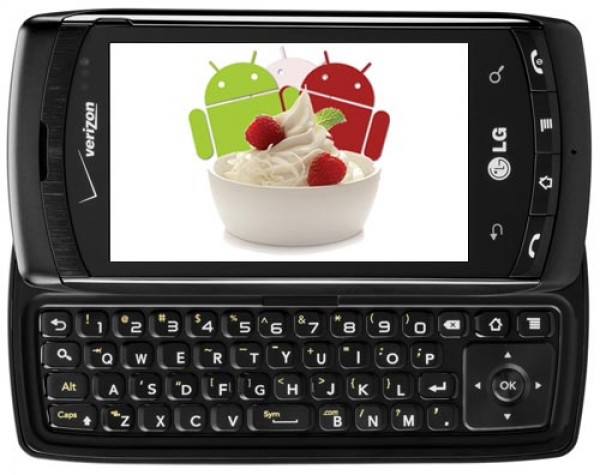 The most positive word I can say for the Ally right now is “decent.” It performs decently overall, but I tried to remain mostly positive on the Ally review, as I knew most issues would be addressed through updates. Adding Froyo to the phone might actually give the Ally enough of a boost that it may very well feel like a new phone all together after it gets the Android 2.2 bump. It’s not a bad phone at all, but it will be a great phone when/if it gets in on the Froyo action.

LG recently reached out to PhoneDog, and told them that the Ally will indeed be receiving Android 2.2, “with the timeline to be confirmed at a later date.” Despite its slightly cramped keyboard, which gets better over use, the Ally is definitely the budget Android phone to get if you’re looking to get a phone that sports a slide-out QWERTY keyboard. I’d imagine the transition to Froyo wouldn’t be too hard for Ally, as LG only makes very light tweaks with their custom Android UI. The skin on the Ally is one of my favorite parts of the device as a whole, as it’s not trying to overdo it, but provides enough customizations to make the Android experience more enjoyable. The best part is that you choose to stick with the stock Android UI, if you don’t like the “LG Home” skin.

I can only wonder what features will be pulled from the update. If the 3G Mobile Hotspot is being pulled from the Motorola Droid, I couldn’t imagine it will make it to the Ally. I’m really looking forward to seeing what LG comes up with on the Android front. With 20 Android phones expected for this year alone, I’d like to see what LG’s vision is for a high-end Android phone.

The Mobile Roundup – The ‘what a RIM-arkable week’ edition

Research In Motion dominated the headlines this weak but not all of it was good news. The company unveiled its...