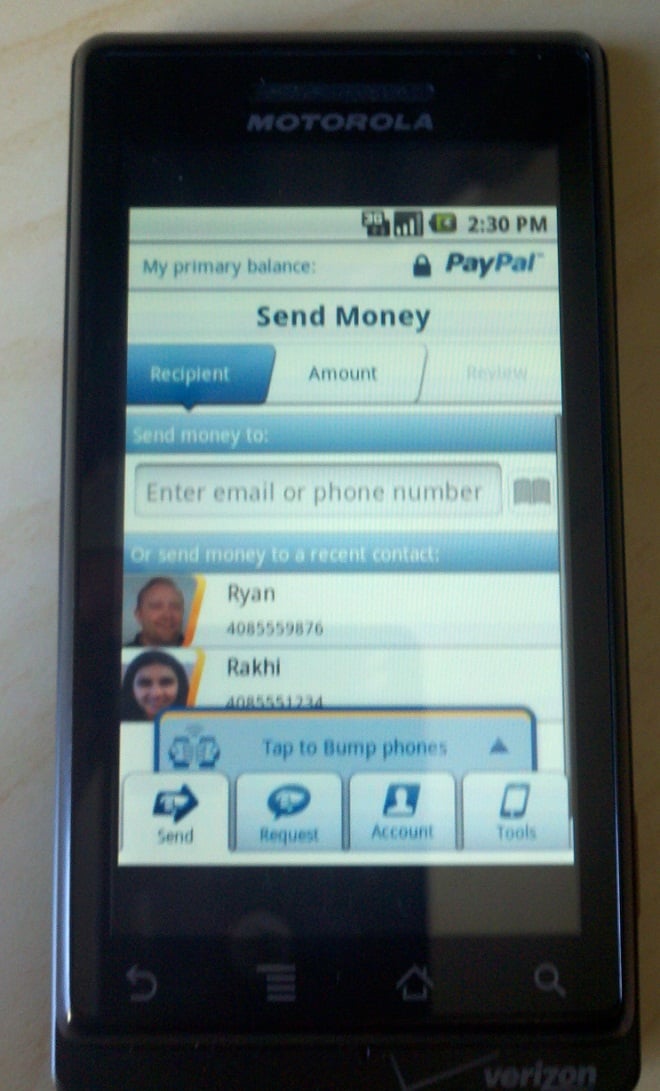 PayPal has updated its Android app to bring it on par with the Apple iPhone version, including the Bump technology.

One of the coolest new things about the updated PayPal Android app is the ability to just tap two phones together to send cash. This could be very convenient and much easier than typing in a person’s information.

That’s not the only new feature of PayPal 2.0 for Android, as the company said on its blog:

Split the check is another great feature, which lets you automatically calculate the total cost of a bill and then collect money directly from friends when out to dinner. We hope these new features make it even easier to get paid back on the spot the next time you’re stuck picking up the tab.

PayPal has done a great job capitalizing on the growth of mobile, but a strong competitor may be looming on the horizon. AT&T, Verizon, T-Mobile and Discover are reportedly working on a mainstream way for consumers to pay for products using Near-Field Communication technology in phones.

The NFC approach could be very appealing because you could potentially just swipe your phone on a special terminal to pay for products. There are a few concerns before this could roll out on a widespread basis though.

The first is that NFC technology isn’t in many existing handsets, so it would require upgrades from consumers and retailers. This could potentially be fixed on the handset side by adding a special tag or sticker.

More importantly, players like PayPal, MasterCard and Visa aren’t just going to cede this market over. So, it will be a fun and lucrative battle to watch.