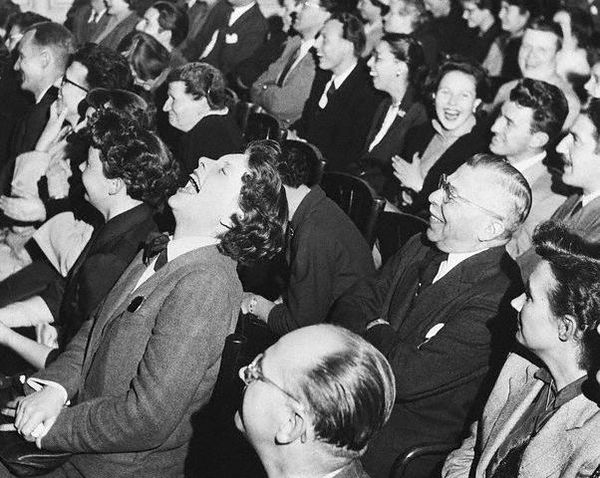 Ready for this one? AT&T has recently assured its investors that losing the iPhone, or any other exclusivity deal for that matter, won’t adversely affect its earnings. Let’s take a moment of silence before bursting into maniacal and uncontrollable laughter. If AT&T honestly believes this and isn’t just blowing smoke and insulting the intelligence of its investors, there are undoubtedly rough seas ahead.

First of all, the iPhone has single-handedly destroyed the market in terms of value share. And despite Android being on several handsets on every single U.S. carrier, it took over a year before it started eating away at the iPhone’s market share. Every single iPhone launch for AT&T has bested the last, and demand for the Apple smartphone has been so high that availability is slim and wait times for the phone grow even longer.

So, you might be thinking, what on Earth could AT&T possibly be thinking? According to TechCrunch:

How does AT&T justify its claim? The wireless provider argues in the filing that 80% of its contract subscribers are on family or business plans. Thus, under their logic, the majority of subscribers will not switch because it will be too difficult to transfer an entire group and these “group” subscribers will be hesitant to relinquish certain AT&T perks like the rollover minutes they’ve accumulated.

I’m guessing AT&T got a C- in its logic class. Perhaps the wireless carrier is forgetting that an enormous chunk of iPhone buyers every year are new customers (i.e. new users who have switched from other carriers). The fact that a chunk of subscribers are on family or business plans might give users pause before switching, but rumors of a Verizon iPhone are continually growing louder and there are still many who have held off on buying an iPhone because it is on AT&T’s fickle network.

Other iPhone users on AT&T have been extremely vocal about switching the minute it becomes on another carrier — cancellation fees be damned.

The only deterrent at this point is the enormous termination fee that AT&T raised just before the iPhone 4 launch. Going from $175 to $325 is nothing to scoff at, but there are plenty of customers who are nearing the end of their contracts or would otherwise happily pay their prorated early termination fees to grab an iPhone elsewhere.

This information comes from an SEC filing by AT&T recently, and here is an excerpt:

We offer a large variety of handsets, including at least 18 smartphones (including Apple iPhones, our most popular models) with advanced operating systems from at least 7 manufacturers. As technology evolves, rapid changes are occurring in the handset and device industry, with the continual introduction of new models or significant revisions of existing models. We believe offering a wide variety of handsets reduces dependence on any single handset as these products evolve. In addition, offering a number of attractive handsets on an exclusive basis distinguishes us from our competitors. As these exclusivity arrangements end, we expect to continue to offer such handsets (based on historical industry practice), and we believe our service plan offerings will help to retain our customers by providing incentives not to move to a new carrier. As noted above, more than 80 percent of our postpaid subscribers are on Family Talk® Plans and business plans that would involve moving the whole group to a new carrier. Moreover, the vast majority of our postpaid subscribers (including Family Talk® Plan users) are allowed to accumulate unused minutes (known as rollover minutes), a feature that is currently not offered by other major post-paid carriers in the United States, and users would lose these minutes if they switched carriers. As is common in the industry, most of our phones are designed to work only with our wireless technology, requiring customers who desire to move to a new carrier with a different technology to purchase a new device. In addition, many of our handsets would not work or would lose some functionality if they were used on another carrier’s network (even a carrier using GSM technology), requiring the customer to acquire another handset. Although exclusivity arrangements are important to us, such arrangements may not provide a competitive advantage over time, as the industry continues to introduce new devices and services. Also, while the expiration of any of our current exclusivity arrangements could increase churn and reduce postpaid customer additions, we do not expect any such terminations to have a material negative impact on our Wireless segment income, consolidated operating margin or our cash from operations.

So, the carrier admits that losing exclusivity deals could increase churn, but it doesn’t think it will have a “material negative impact” on earnings. I’m going to slowly back away now, turn around and whistle like none of this was ever really said.

AT&T is gearing toward launching another mid-range texter from Samsung. The model name is Flight II and is also known...