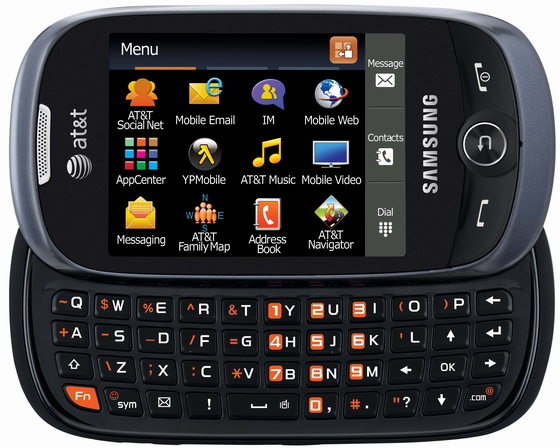 AT&T is gearing toward launching another mid-range texter from Samsung. The model name is Flight II and is also known as A927.

As you can see from the image above, Samsung’s very own TouchWIZ UI is running the show, allowing users to access all of the phone’s key features as well as popular social networking services such as Facebook and Twitter right from the phone’s homescreen.

We don’t have the exact release date, but now that Samsung has officially outed the device, I would assume it won’t take for too long for AT&T to do the same. Price is also unknown, but we guess this baby will sell for about $100 on a contract…

T-Mobile has a new device in its prepaid offering - Samsung T369. The device which is made for heavy texters,...