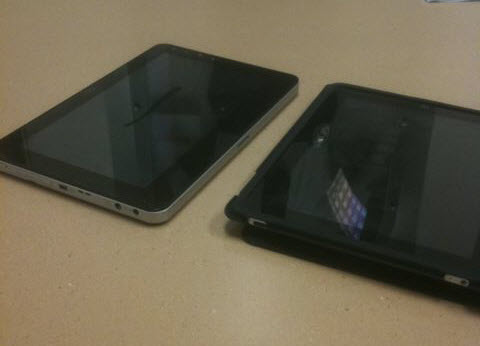 Best Buy is reportedly developing a tablet device to compete with the Apple iPad. Best Buy CTO and Geek Sqaud founder, Robert Stephens has used Twitter to shed some light on this new tablet device. Recently, Stephens posted photos of a non-functional prototype tablet that was used to test different form factors, including one with the retailer’s Rocketfish branding. When queried, he feigned surprise and remarked that he has been tweeting photos of tablets for months.

Stephens also hinted that the tablet device may be manufactured and sold under Best Buy branding of Insignia, or given the tweeted photo, possibly Rocketfish. The tablet will presumably undercut the iPad with a low price tag that will attract budget-minded consumers. Similar to other Insignia-branded products, the tablet will most likely be functional in design and conservatively-styled, lacking the flair and polished finish of the iPad. No word on what OS will power the device but a reasonable guess points to Android first, with Windows 7 as a possible second. 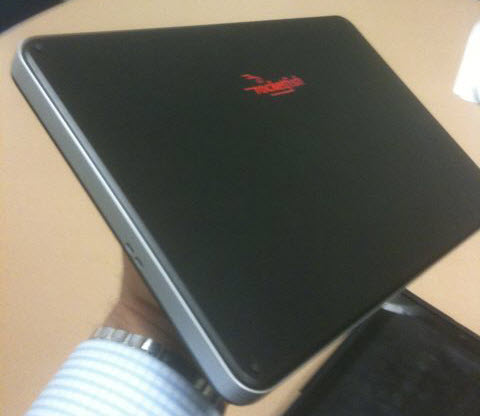 Though under development for months, the Best Buy tablet is presumably in the early stages of development as the pictured prototypes are non-functional and lack internal hardware. The retail giant will have to get the form factor ironed out first before they begin packing a processor, chipset, memory, and more into the final prototype design. Given the amount of time it takes to pull all this together, we would not expect to see a homegrown tablet gracing the shelves of Best Buy anytime soon.

Though it is excitingto see new devices and innovative designs, we have to temper our enthusiasm and ask the difficult question facing all entrants into this exploding tablet market. With the iPad clearly in the lead and an updated version rumored to launch next year, will latecomers like Best Buy be able to find a niche that the iPad does not already occupy?

Android is no stranger to the battlefield, as multiple applications have been made with the platform for military operations. This...