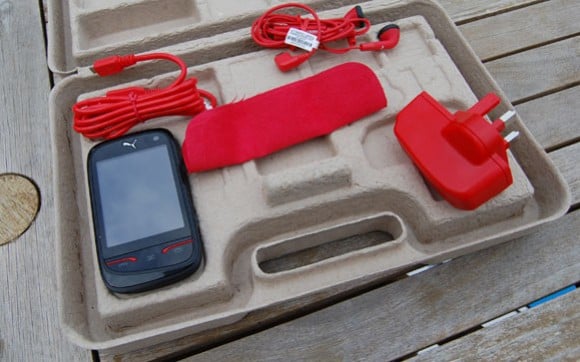 The Puma phone was announced a while back, and we really caught a good glimpse of it around Mobile World Congress, but now it has been unboxed and it has made us a little curious. From the looks of things, it seems like Sagem, who makes the Puma phone, is really going for a strong red theme here. Cables, headsets and everything else are a very bright red and the phone itself has red accents.

Here’s what Electric Pig has to say about the unboxing:

A roar when you get a text message? Sarcastic notes and messages on the packaging and the phone itself? Either Sagem or Puma seems really confused, or perhaps it’s just all part of the kitsch. Either way, if you’ve been gunning for one of these things, it’s out now for your enjoyment.