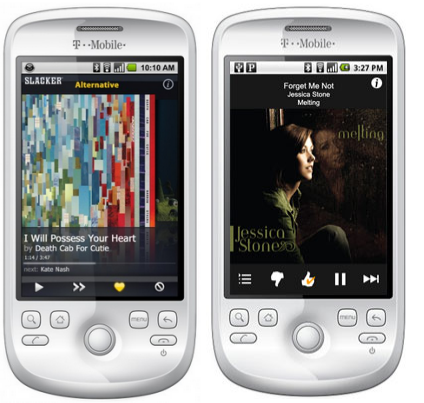 Android users who recently updated to version 2.2 were shocked to discover that their once pristine streaming  audio now sounds muddy, tinny, and downright awful. This flaw with streaming audio was originally reported in June by Nexus One users who were the first to rock this latest version of Google’s mobile OS. With the debut of Android 2.2 on the EVO 4G, the complaints regarding this issue became more numerous and much more vitriol. One new Android user was so pushed to the edge that he even threatened to return to his Palm Pre.

To quell this rising tide of criticism before it mushrooms out of control, Google confirmed earlier today that it has a fix for this bug and is working with its partners to deploy this patch as soon as possible. Google is wise to troubleshoot this bug before Android 2.2 is rolled out to other handsets.

While waiting for this official patch to hit your handset, affected owners can try to revert back to Android 2.1 which streams audio with near-perfect quality. If you can’t stand to be away from the faster and sexier Android 2.2, then you can apply an unofficial fix that disables Stagefright and its horrible effect on streaming audio. Though you may lose some of the features of Stagefright, you will be able to enjoy the crisp, clear sounds of your favorite streaming audio track. Whether you chose to revert, fix via unofficial means, or wait for the Google-sanctioned patch, hit us up in the comments and relay your experiences with this unfortunate flaw.

[Via TechCrunch and Google Code]

Tawkon may have added a little credence to Apple's claim that the "death grip" which impacts the Apple iPhone 4...