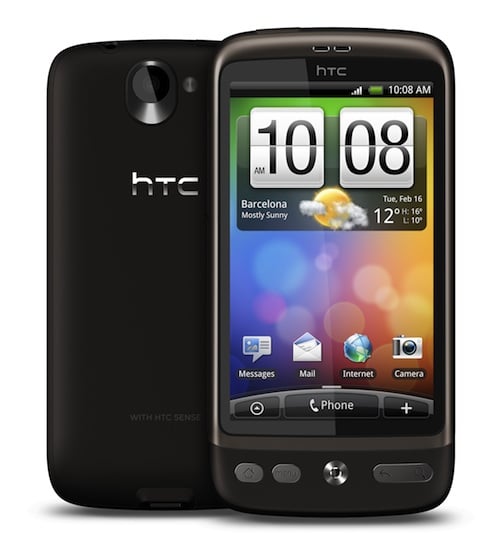 Hey US Cellular customers, the Android-powered HTC Desire is hitting your wireless carrier on August 27th! Lest you forget, the Desire ranks alongside the Incredible and the Nexus One in the Android world and is an impressive score for the nation’s #6 wireless carrier. The Desire was originally announced in February for the UK and is, more or less, a Nexus One clone with SenseUI overlaying Android 2.1. Software aside, this Android handset is no slouch under the hood and includes impressive hardware specs :

US Cellular quietly confirmed the Desire way back in April, first via Facebook and then via press release. The wireless carrier announced that it was testing the Desire and was preparing for a launch once testing was complete. It took a while, and that rumored July launch date slipped, but the Android handset finally passed with flying colors.

For those keeping track, the Desire will be joining the Samsung Acclaim and will become the second Android offering from the wireless carrier. Pricing details were not included in the press release but we expect the handset to launch slightly above the $99 Acclaim and most likely lower than the $199 of comparable Android offerings from competitors. Any US Cellular customers going to scoop up the carrier-branded Desire when it launches at the end of the month?