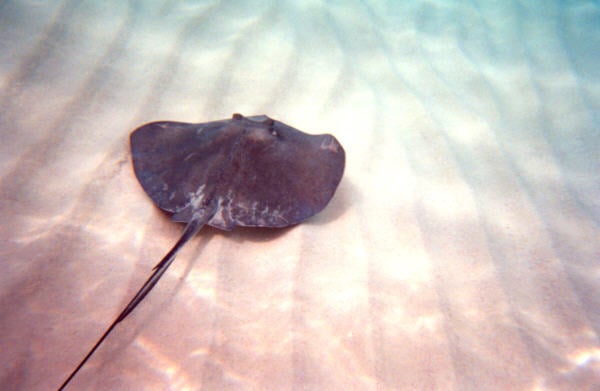 Here’s a little follow-up on the Motorola Android tablet story that broke this morning – it may be called the “Stingray”. We’re seeing another document showing the same model number of the upcoming tablet, but this time around, a name has graced the document. The docs tie the model number to the Stingray codename, but it’s not clear if the Stingray name will make it to market.

The new document shows us the same model number as the device mentioned earlier today (MotoMZ600), but this particular document mentioned the Stingray name. We’re not really sure how we feel about the name right now, and while it’s not the best, it’s certainly not a horrible name. It’s entirely possible that Stingray is the codename, and it receive a name change before it hits production.

The Stingray is rumored to sport a 10-inch display, NVIDIA Tegra 2, and will likely be FiOS-enabled for Verizon. We’re also hearing that Motorola is waiting for Android 3.0 Gingerbread before releasing the tablet – a version of Google’s mobile OS that should be more optimized for tablet-style devices than the current pack-leader, Android 2.2 Froyo. In fact, Gingerbread may indeed debut on a tablet before any phones see the update. The Stingray should also sport a front-facing camera, as well a rear-facing camera on the back, giving you the option to video chat with friends and family, or stream live video of your surroundings (as well as taking photos).

The Stingray may very well be one of the first Android tablets to hit a US carrier that will actually be worth buying. The Dell Streak is an awesome device, but the screen size (5 inches) may be too small for some. I’d expect every carrier to have at least one tablet available on their shelves by the end of next year, if not sooner. So far, the only two carriers that we know have or plan to havetablets is AT&T, obviously, and now Verizon. The Stingray may very well beat out the iPad in virtually every way with its capabilities, and a FiOS-enabled tablet will certainly be more attractive than the iPad. That said, we know that Apple is likely prepping a 2nd generation iPad, which could very well be hitting just in time for the holiday season.

Looking forward to the Motorola tablet? Or are you holding out for something else?

Be sure to hit up our Top 5 most anticipated tablets post if you missed it!